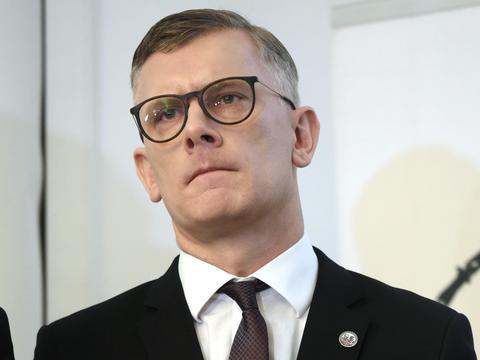 On Wednesday on Twitter, journalist Rafał Dudkiewicz wrote that he was told to convey to Sławomir Cenckiewicz that he "regarded himself." "Great," he said. "I confirm that in the last two weeks I have intensified the threats, including those in my address, is also the scenario of my funeral, normal people must be scared, so I'm afraid, but I will not leave the road" – he wrote.

The historian claims that the threats are related to the description of the Polish People's Republic by Ewa Gawor, head of the Capital Office for Security and Crisis Management. Cenckiewicz in "Gazeta Polska" revealed that the official in Warsaw who disbanded the march of the nationalists on 1 August was the officer of the Interior Ministry of Czesław Kiszczak. She was also a second lieutenant in the Civilian Militia.

"It was she who managed the office during the attacks on the cross in Krakowskie Przedmieście in 2010" – reported the daily newspaper. An official in Warsaw confirmed the information about her work at the Ministry of the Interior, but indicated that she was working in the PESEL department. Sounds innocent? Not for Cenckiewicz. In an interview on Wednesday for Gazeta Polska he said: "The universal electronic system of population records was in fact from the outset the development and implementation of Soviet guidelines for public inventory, which were introduced in Poland from the beginning of the 1940s and 1950s."

Cenckiewicz announced that, despite the threats, "there will be more texts about Gawor and her colleagues".

She fell for the nationalists, so they kill her civilian. This is revenge for retribution