Storm on the Polish mountain of waste on K2. "This equipment can only be worn in summer" 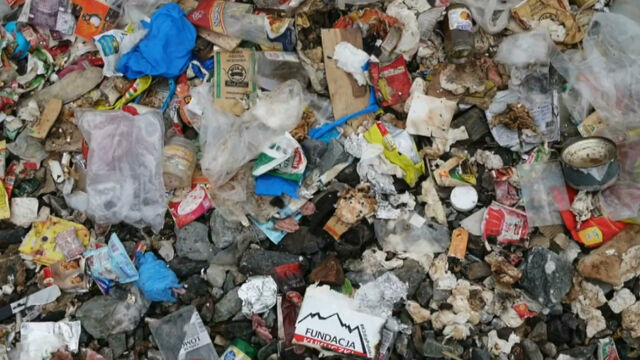 – This is garbage left in the base for K2 by the Polish winter expedition. The expedition was directed by Krzysztof Wielicki. Polish himalayers, be ashamed! They wanted to be the first to reach the summit in the winter, but I hope it was their last trip to the mountains – says Jean-Pierre Danvoye, who dumps plastic bottles, glass jars, food packaging with Polish labels on June twenty-first. recording, playing cards and even books.

Only on the social profile of a Canadian climber who published the issue, the film was viewed by a hundred and forty thousand people.

Wine from the desk?

– I am shocked, I was the manager of the base. When I saw what was still in the database, I simply did not believe it – says Piotr Snopczyński.

The participants in the expedition to the second highest summit of the earth admit that they did not take their waste with them, because the agency they rented had to do – after the winter ended.
– It is very difficult for the carriers to walk this glacier in the winter, also the equipment can only be worn in the summer – explains Adam Bielecki, participant in the national expedition to K2.

– Most trips organized by large and smaller teams to Karakorum are organized by tourist offices – Piotr Turkot of climbing.pl.

The case is outdated

Climbers ensure that the film, recorded on 21 June, is now out of date. According to a Pakistani agent, the garbage was cleared in mid-July.

– I spoke this morning with my friend, who was in the base for K2 in July and who saw no waste, and certainly the image that can be seen in the film – says Piotr Tomala, participant in the expedition.

What is more, as Adam Bielecki adds, the expedition that ended the expedition saved other climbers from such a view. Garbage had to wait for transport in well-closed bags.

– It is not known whether it is a human factor or perhaps a number of animals, but something has caused some of the bags to be damaged and the waste has been removed – says Bielecki.

– We do not give bad testimony to ourselves. Himalayas is an environment that cares about the natural environment – he adds.

The Canadian climber who published the film has updated the information for explanations of Polish climbers.

The Polish national expedition to K2 ended in March due to adverse weather and avalanche danger. The participants gave up after three months of battle for the last eight-thousandth eighth mountain, which was uncovered in the winter.