Symbolic start of the Vistula Spit in Nowy Swiat at Kąty Rybackie.

poland October 16, 2018 Nation, poland Comments Off on Symbolic start of the Vistula Spit in Nowy Swiat at Kąty Rybackie. 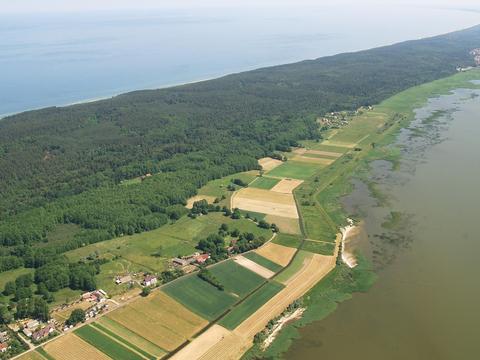 The symbolic start of the construction of the excavation takes place at noon. Jarosław Kaczyński and the Minister of Maritime Economy and inland waterway transport, Marek Gróbarczyk, will participate. The ceremony will be largely symbolic, because there is no environmental decision yet, no water law, and public consultation must continue until November 3.

– For me this is a political hucpa organized by Law and Justice, which wants to show just before the elections that it apparently implements – says Mieczysław Struk, Marshal of the Province of Pomerania, whose local government is against the cutback.

But with the symbolic "shoveling" there was an unpleasant jitter: journalists and cameramen who had to immortalise this moment, they were transported to the place … a tractor trailer, which was documented by radio reporter RMF FM, Kuba Kaługa.

There were also doubts whether such transport is legal.

Due to the length of the administrative procedure, the Pommerse Voivod can not give permission for the implementation of the investment. In that case, is today's ceremony only a pre-election presentation of the politicians of the United Right? Thanks to it, politicians can declare that they have fulfilled their promise to realize a reduction in 2018, although it will still be necessary to wait until the actual work begins.

The navigation channel through the Vistula Spit is 1.3 km long and 5 meters deep. The aim is to allow ships with sea parameters to enter the port of Elbląg, i.e. a draft of up to 4 m, length 100 m, width 20 m. According to the announcements, the first ships will sail 2022 through the Vistula Spit. The investment is expected to cost about PLN 880 million and will be financed entirely from the state budget. Against the cross-section, among others, inhabitants of the spit whose channel will be cut off from the mainland.

They ask people for a crossroad through the Vistula Spit! Take part in consultations!

But darling! We have checked the parking garages on the Spit!