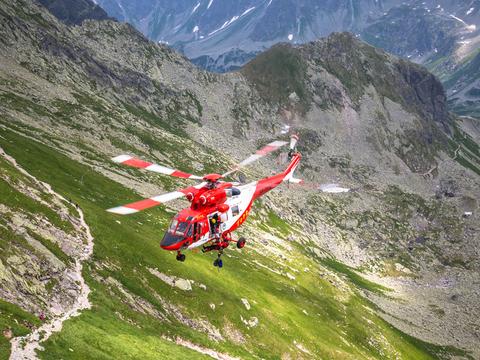 Last Saturday, a 29-year-old tourist from Warsaw was the headquarters of TOPR in Zakopane. She announced that she had been injured and was waiting for help in a shelter in Hala Ornak. The telephone interview with the rescue worker revealed that the tourist had tired the trip the previous day.

As we read in the TOPR Chronicle, the tourist told TOPR's doctor that her knees were hurting. Rescuers instructed her to rest quietly, because they were involved in other, more serious incidents in the mountains, and if possible, they will transport her at a later date.

However, the tourist tried to force the intervention in a vulgar way. For the rescuer she said: "You get a scan if the car does not come."

An unjustified call for emergency services and blocking the emergency number is not permitted. TOPR rescuers intend to inform the police about the case.

A spokesperson for the police in Zakopane, Agnieszka Szopińska, explained that if an official notification from TOPR is received, the procedure will be conducted in the direction of calling an unnecessary act by false information or by blocking the emergency number. The offense will be punished with arrest, restriction of liberty or a fine of up to PLN 500.

– Uneven reports in the mountains happen from time to time, but you must be aware that any unjustified call, treating emergency workers as a taxi, is reprehensible and punishable – the police spokeswoman added.