The accident of Prime Minister Beata Szydło. The process in this case will be partially confidential 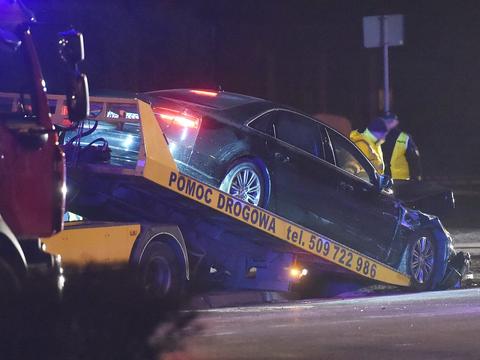 As RMF FM heard, the conclusions of the public prosecutor and the State Protection, or BOR's successor, are the reason for the secret of the trial. They will be brought to justice in the near future. In this case it is important that during the legal proceedings information that could threaten the broadly understood state security does not come to the fore. These include data relating to the protection of key persons, the way officers act, the procedures used and the protection structure.

Some of the research material, including in particular some testimonies, has been secret so far. This procedure was used to prevent other witnesses from hearing about their content. In total, about 100 people will testify during the trial.

A young driver who was accused of having caused an accident did not agree to conditionally stop the investigation, which the public prosecutor wanted. The man led to the lawsuit. He says he is "innocent and will prove it in court."

The accident of a government limousine

The accident with the then Prime Minister Beata Szydło took place on 10 February 2017 in Oświęcim. The police reported that the government column of three cars in which the prime minister was driving (her vehicle was in the middle of the column) ran for the Fiat seicento, whose 21-year-old driver passed the first car and then left hit and the car then hit the head of the government, then it hit a tree.

On February 14 last year, driver Fiat Seicento Sebastian K. heard the plea of ​​the public prosecutor to accidentally cause an accident.

As a result of the accident, Beata Szydło and one of the BOR officials received serious complaints over a period of more than seven days – head of prime minister's protection.