The ambulance on the signal collided with the kia. Nine people injured 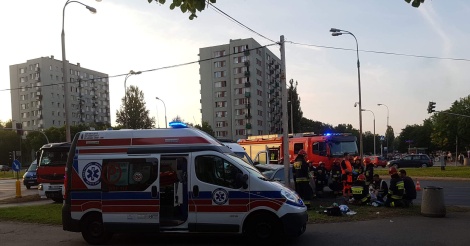 A serious accident in Bródno. At the junction of Kondratowicza and Łabiszyńska a kia and an ambulance collided with the signal. According to the police, a patient was transported by ambulance. Nine people were injured, including an ambulance crew. We received the first information and photos on Contact 24.

Commissioner Monika Brodowska of the Warsaw Police Police Region said that the accident took place at 6.30 pm. – The ambulance drove on the signal, the patient was transported in it – she said.

On the photo 's we received on Contact 24, we can see that the ambulance reached the side of the kii. Both vehicles are badly damaged.

– Five people traveled by car, including three children. One child is about three months old. All passengers in the car are damaged, as are the crew and the ambulance patient – said the firefighter.

There are police, six ambulances and five fire brigades on the site.