the bus has fallen from heights, 3 people are dead, there are many injured 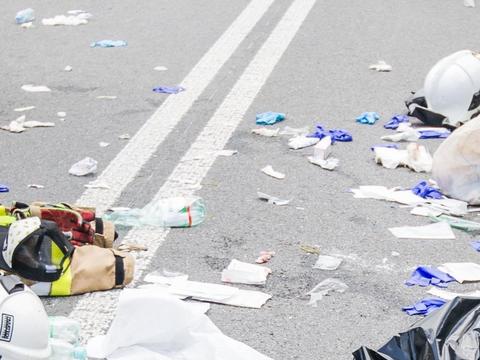 The information about the tragic accident in Podkarpackie was reported by rmf24.pl. On Friday at about 11 pm in the bend, the bus pulled off the lane and fell into a gap of 30 meters. The vehicle, which fell from a high, grassy slope, was tumbled several times. – The coach rolled the corner and rolled. The coach is on the roof, there are many services on site – radio Patryk, who was on site.

54 people of Ukrainian nationality traveled on the Ukrainian registration numbers, according to reports from podkarpacie112.pl they were mainly children. The services confirmed the death of three people. There are many injuries. Several people were stuck inside. The number of deaths can change. There is a rescue operation going on. We are looking for a girl who is probably left in shock of the accident – said the press photographer who was present at the site of the tragedy of the Polish press agency.

A help point for victims was organized at the primary school in Leszczawa. As told by PAP, a spokesperson for the fire brigade Przemyśl, young Brig. Grzegorz Latusek, currently there are more than 20 people. Some victims were transferred to hospitals in Przemyśl and Sanok

. From the statements of the photojournalist it appears that the bus, on the so-called death stitch, pierced the energy-consuming barrier and hit a wooden cross. On the basis of information obtained from voluntary firefighters on the spot, he added that many accidents with coaches and trucks have happened in the past. Victims commemorate the cross that has hit the bus

Road Nr. 28 between Przemyśl and Sanok is completely blocked

Tragedy in the amusement park Małopolska. Queue killed a man

The son shouted that they were killing his mother. Brute attack on the Polish woman