The CBA stopped men who would corrupt the president of Gdańsk. "I did not accept bribes" 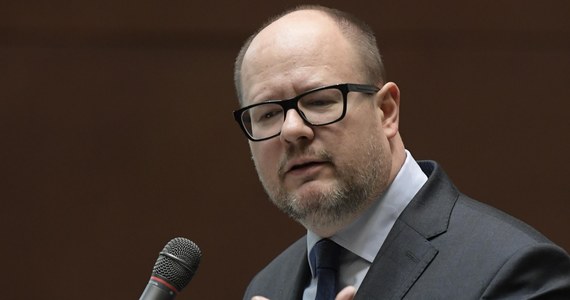 A breakthrough in the investigation of the President of Gdańsk. As the investigative journalists of RMF FM learned, CBA agents arrested two men who would corrupt Paweł Adamowicz. The case concerns the purchase by the local government of several apartments in one of the residential areas in Gdańsk. Adamowicz had to buy them at a reduced price. The National Public Prosecutor confirmed that the CBA, on the recommendation of the lower Silesian department of the prosecution, took two men in custody on charges of corruption of a significant value of a "person holding a public office".

The inmates are head of development companies that have invested in the Tri-City. It is an attractively located residential area in Gdańsk Jelitkowo. The businessmen after the arrest heard allegations of so-called active corruption of considerable value – they would sell three apartments to Adamowicz and his family at prices that are a few thousand lower per meter than for other customers.

According to the prosecutor's office, it was an unjustified discount of nearly PLN 400,000.

The situation is somewhat bizarre – the entrepreneurs heard accusations, and Adamowicz himself, who had to accept a bribe, was not even called to the public prosecutor's office.

According to our information, researchers may have problems to prove that the mayor of Gdansk has bought cheap apartments and has made favorable decisions for developers in return. It is about changes in the spatial development plan.

Business people were released after completing the indictment. A ban on leaving the country and high financial guarantees were imposed on them. The Prosecution only reveals that there was no need for drastic precautionary measures.

Interestingly, other details of the case are also shrouded in mystery. Researchers do not want to show whether the suspects have admitted the accusations and which explanation they have submitted. Moreover, even the amount of the guarantee is not public.

Reporter RMF FM only succeeded in finding out that it was more than PLN 100,000. The suspects contested these decisions.

The public prosecutor's office does not want to refer to questions about accusations against Paweł Adamowicz.

"I have not taken any financial advantage from anyone, nor has anyone offered such benefits" – this is how the mayor of Gdańsk refers to the information from RMF FM research reporters.

According to Paweł Adamowicz, the activity of the public prosecutor's office in this case is related to the upcoming municipal elections in which he wants to participate.

In the entry on Twitter he adds that the problem of buying apartments has already been investigated by the public prosecutor and that the procedure has ended.

"After three years, does the public prosecutor's office, depending on the Minister of Justice, draw other conclusions, or the warmed chops, to discredit me?" – asks the local government of Gdańsk.

According to him, this is the best illustration of what the current powerful need was for a political subjugation of the public prosecutor and why he fought for the subordination of the courts.

"I believe that the people of Gdańsk will evaluate my earlier achievements in the ballot box objectively," added Adamowicz.