The Court of Justice will not answer the questions referred for a preliminary ruling? ZUS has withdrawn the complaint

poland October 1, 2018 Nation, poland Comments Off on The Court of Justice will not answer the questions referred for a preliminary ruling? ZUS has withdrawn the complaint 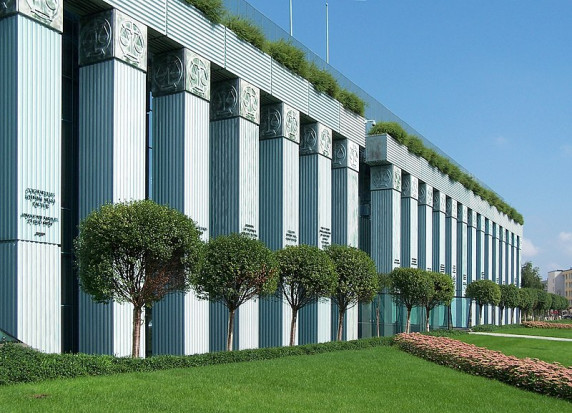 The Supreme Court decides on the effectiveness of the withdrawal by the Social Insurance Institution of the complaint, which became the basis for the CJEU's request – said on Monday (1 October) in TVN 24 p.o. and the president of the SN Dariusz Zawistowski.

The judge was asked on TVN24 whether the withdrawal by the ZUS of the complaint, which was the reason for the request of the Supreme Court for a preliminary ruling to the Court of Justice of the European Union, means that there is currently no basis before the Court in connection with the Polish case. Zawistowski stressed that "this is a complex problem".

– I am particularly surprised at the fact that the social security office must regulate the public interest and public funds. If he thought that this was settled, it is incorrect, it is related to spending on the state budget and therefore it is discredited. It surprises me that at the stage when the complaint was already at the Supreme Court, he suddenly withdraws his complaint – Zawistowski remarked.

He admitted that every institution has the right to withdraw its complaint before the court, but in this case ZUS "would not be guided by anything other than the public interest".

Spokesperson of the Social Insurance Institution Wojciech Andrusiewicz announced on Saturday (September 29) that the "ZUS branch in Jasło the appeal of April 13, 2018 on the verdict of the Court of Appeal, labor court and social security in Rzeszów, issued on March 23, 2018 , has withdrawn. " On the basis of this case, the Supreme Court handed five questions to the European Court of Justice at the beginning of August about the principle of judicial independence and the independence of the courts as principles of EU law and the EU-ban on discrimination on the grounds of age. The Supreme Court also decided – based on provisions of art. 755 of the Code of Civil Procedure – suspend the application of the provisions of three articles of the law on the Supreme Court with regard to the pension status of Judges of the Supreme Court who are 65 years of age or older.

The article has no comments yet.