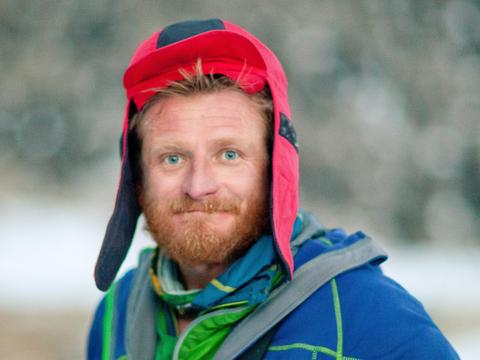 Sensational information, which can now only be verified by other daredevils who dare to get one of the most dangerous eight thousand in the world. According to reports from the Czechs, who recently entered Nanga Parbat along the Kinshofer route, at the top a tent was broken that could belong to Tomasz Mackiewicz. The climbers had to see him both on the way to the top and down – When we climbed the hill it was dark, so nobody thought about looking for his tent. However, we passed him on the way to the top and back – said Pavel Burda, a Czech climber in the program Alarm in TVP 1. The material had to be visible from about 15 meters from the road they climbed. "Probably a small part of his tent protrudes from the big iceberg, maybe 20 or 30 centimeters – Czech adds.

However, the climbers did not take pictures – we did not take pictures, we did not do anything – gave the participants to the expedition. Only one of them decided to come closer to the tent. However, he did not dare to look inside and after about 2 minutes he returned to the course. "I stood there for about a minute, maybe two, and thought about what to do next," Burda said. They are convinced that the inside is the body of a pole and that therefore, for fear of discovering its mortal remains, they did not dare to control it.

The fact that the tent of Mackiewicz could be, is also apparent from the location. It was close to boulders and sheltered from avalanches, giving it a safe haven. I can imagine that I would build a tent there. Probably Tomek was there – say the Czechs. However, their words can not be taken for granted.

The Polish climber was lost at the Nanga Parbat summit in the Himalayas on Friday, January 26, just after the top of the eight thousand by him and Elisabeth Revol. In the beginning, however, Mackiewicz began to have serious health problems. He had altitude sickness and snow blindness. Revol brought the pool to a height of 7,250 m and ensured that she could not help him. She left him in the ice box. She only struggled with freezing and walked to a height of about 6,700 meters, where she waited for the rescue team. Due to extremely difficult weather conditions, only a French woman can be rescued.

How Mackiewicz died on Nanga Parbat

The family prepares a funeral for Mackiewicz