The distribution of the weather in Lodz. It will be cold. There is a warning: storm and hail 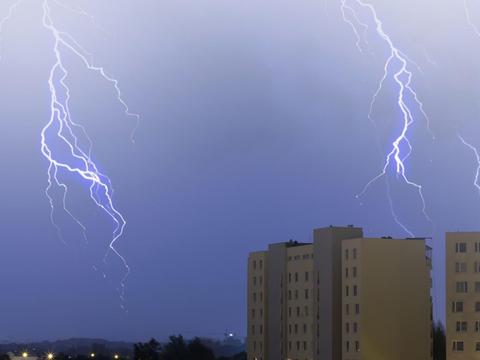 After a long heat period it breaks again. The rainfall zone from the west has already entered Poland during the night. Currently the atmospheric front is approaching Łódź. According to IMGW there are thunderstorms in places. Precipitation up to 10 mm has been reported. Chance of hail is possible.
Wind gusts up to 60 km / h were also reported. Thunderstorms slowly move north
East.

This is the weather map for the coming hours according to the site @ meteoprognoza.pl on twitter:

A previously issued warning about the collapse of the weather for Łódź predicted the occurrence of storms with rainfall up to 30 and locally up to 40 liters of water per m2 with possible hail and wind gusts up to 90 km / h. Strong atmospheric phenomena can occur in the entire region of Lodz until 1 on Saturday 25 August.

However, this is not the end of changes in the weather. On Saturday and Sunday it is cold in the last days. The temperature drops from 30 degrees to 15 degrees C. and nighttime from Sunday to Monday can even drop below 10 degrees. Possible rain.

Any plans for the weekend? You can read this better

The student drove under the train during the exam