The mysterious case of the saber of the marsal & # 39; s Guards 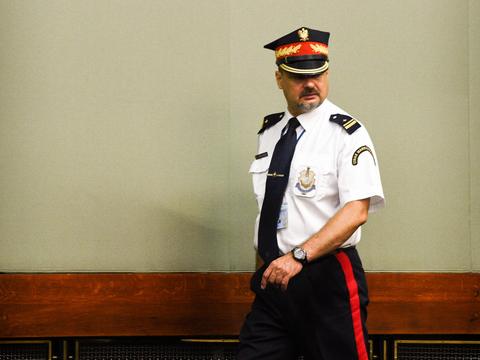 959 mm long with handle and engraved Latin phrase "SALUS REI PUBLICAE SUPREMA LEX" ("the welfare of the Republic with the highest law") – that is what the sabers look like, which has been the guard of the marshal since July. This year, this formation, subordinate to Marshal Marek Kuchcinski, undergoes a profound change. Thanks to the new law, she has become a truly uniformed service, her number can almost be doubled and officers have received new uniforms. The effect of change also provides them with a paradigm weapon. How much was the saber bought and at what price? However, this appears to be a well-kept secret.

The questions "Rzeczpospolita" were sent to the information center of the Sejm. "The Chancellery of the Sejm, for organizational and security reasons, does not comment on the equipment of the guardians of the marshal in any weaponry" – CIS wrote us. It only indicated that the costs were "lower than the thresholds provided for in the law on public procurement". This law says that its provisions do not apply to orders of less than 30,000. euro.

The silence of the Chancellery of the Sejm is not surprising for PiS substitute Edward Siarki. – Not everything needs to be public, especially when it comes to security problems. Although sabers are white weapons, but still weapons, he says.

Jarosław Urbaniak of PO thinks otherwise. He points out that on the market the price for a new saber gun drops by an amount up to a thousand zloty. – It is outrageous that the purchase of something as simple as that in a public institution becomes a secret. This is a signal that the amount of the order can differ considerably from the market reality.

The case of sabers evokes the insulting

This is not the first time that the saber problem is controversial. In the Sejm the guards already used them on July 12 at the top of the parliaments of Central and Eastern Europe. A few days earlier they had them during the celebration of the 550th anniversary of parliamentarianism in Koło. The problem is that there was no order that the Marshal said that they defended the parade mentioned in the new law on the watchman's marshal are only sabers.

Marek Kuchciński did not release them until 26 July. It counts no less than 45 pages with attachments, in which each, even the smallest detail of the saber and swords, or daggers, to which the commander and his deputies are subject. The last Chancellery of the Seym has not bought it yet.

"The ability to use white weapons before it is performed as part of the tasks requires appropriate, long-term training." For these reasons, the guards had to be equipped well beforehand with the sabers before the law came into effect "- explains the Sejm information center." According to the opposition and experts we quoted in "Rzeczpospolita", the purchase of weapons based on of the proposed regulation, however, a violation of the law.

This problem will be raised during the meeting?

Controversies can also evoke the idea of ​​equipping guards with sabers. A popular parliamentary theory says that Marek Kuchciński had seen such weapons in the Hungarian parliament, because it is difficult in Poland to record historical data. Historian Paweł Rozdżestwieński said in November that the guard of the Marshal of the Second Polish Republic was not armed because "it was her duty to respond in a cultural way".

For this reason Jarosław Urbaniak wants to deal with sabotage during the Sejm meeting of the Regulatory Committee. Edward Siarka, however, claims that "sabers are needed". – Enough to liquidate our country. I have been in many parliaments where representation affairs are of a high level. We must also take care of it – he points out.