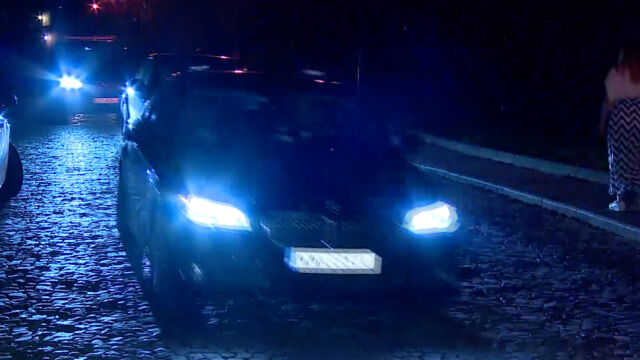 PiS president Jarosław Kaczyński prayed Sunday evening at the sarcophagus of Lech and Maria Kaczyński at the Wawel Cathedral in Cracow. On Saturday there was a funeral of the presidential couple at Wawel.

Every day on the 18th of the month Jarosław Kaczyński, at the monthly funeral of the presidential couple Lech and Maria Kaczyński, comes to Wawel to put flowers on their grave. This time, the PiS president arrived a day later.

On Sunday evening the PiS president prayed to the sarcophagus of the presidential couple who died in the Smolensk plane crash on 10 April 2010 and took part in the mass.

With the Prime Minister

According to information PAP, the President was accompanied by Prime Minister Mateusz Morawiecki.

Also in the cathedral were: Deputy Prime Minister Beata Szydło, Minister of the Interior Joachim Brudzinski, Minister of Infrastructure Andrzej Adamczyk, Head of the Cabinet of Prime Minister Marek Suski, Head of the Standing Committee of the Council of Ministers Jacek Sasin , head of the PiS Ryszard Club Terlecki, as well as the candidate of the United Right for the mayor of Kraków Małgorzata Wassermann.

On 10 April 2010, 96 people were killed in the plane crash of the Tu-154M aircraft near Smolensk. The Polish delegation was on its way to the ceremony on the 70th anniversary of the Katyn massacre. The funeral of the presidential couple took place in Krakow on April 18, 2010.

In the crypt of the Wawel Cathedral, where there is a sarcophagus of Maria and Lech Kaczyński, there is also a plaque commemorating the victims of the disaster near Smolensk with the Latin phrase: "Corpora dormiunt, vigilant animae" (Bodies sleep, souls are awake) and the inscription: "The memory of the victims of the Smolensk disaster on 10 April 2010." and surnames of all victims.

Play: The Prime Minister says he "negotiated on joining the EU". Miller: please wait until I die

. Play: Kaczyński visited the grave
on Wawel. There was also Morawiecki

Play: The coach has fallen from the shard, three people are dead. The driver arrested

For three months he arrested on Sunday the court in Przemyśl the driver of the Ukrainian coach, which on Friday night in …
Read more »

The gourmet restaurant in Władysławowo (Pomorskie) has completely burned down. According to the guard, the reason may have been a decline …
read more »

A serious accident in Bródno in Warsaw. At one of the crossroads, a kia and an ambulance collided with the signal. According to …
read more »

yesterday, 19:24
– The government of justice and justice carries an ostrich policy to the village and is constantly without problems – said the head …
read more »

Play:" I'm surprised how the police could handle it
for such a thing "

Play: there is no sequence, PiS posters are already hanging.
"Usually such banners are hung up"

In 160 Wielkopolskie Leszno 160 election banners of Law and Justice appeared, although probably only on Monday …
read more »

Games: a chest with a pig's head and a sharp exchange of opinions.
Farmers protested during the PiS convention

On the market square in Sandomierz, at the time of the election meeting of Law and Justice with the participation of the prime minister, they appeared …
read more »