The SN responds to Ziobro's request for CT 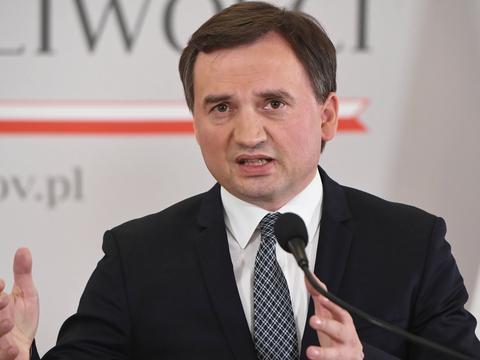 "Position of the Attorney General on the basis of incorrect assumptions"

In the second half of August, the Attorney General submitted a motion to the Constitutional Court, stating inter alia that the referral by the High Court of preliminary rulings to the EU Court of Justice in Luxembourg and the suspension of the application some of the provisions of the Wet op de SN are a "gross violation of power" by the Supreme Court.

"The position of the Attorney General expressed in the filed application was based on incorrect assumptions that ignorance of the legal conditions that occurred in the Republic of Poland after joining the European Union" – remarked SN.

At the beginning of August, the Supreme Court put five preliminary questions to the CJEU and suspended the application of three articles of the Supreme Court law setting out the rules for the retirement of judges of this court. The questions were raised against the background of the case examined by the Supreme Court, which concerned the obligation to pay social security contributions. An extended right panel was one judge, who was already over 65 and for whom the proceedings regarding his retirement or possible further trial are pending.

Ziobro recalled in his request to the Constitutional Tribunal of 23 August the provision of art. 755 of the Code of Civil Procedure, which states, among other things, that "if the object of the collateral is not a monetary claim, the court must grant the collateral in a way that it deems appropriate". The Attorney General has requested recognition of the unconstitutionality of this provision, if, among other things, it is understood that: in the manner "the court gives the right to provide security in the form of suspension of the application of the provision of the act the presumption of constitutionality ".

Moreover, in the opinion of the Attorney General it is unconstitutional to understand the disputed provision in such a way that it gives the court the right to certainty for the claim that is the subject of the case, which is dealt with by the court and "the rules for the determination of the right of the court to grant "as specified in the CCP.

"The Attorney General's request is for the Constitutional Court to rule on the constitutionality of the law implementing the law, which is the decision of the Supreme Court" – noted in this position. Therefore, as added, "there is no doubt that this issue is outside the jurisdiction of the Constitutional Tribunal".

As the Supreme Court has pointed out: "a national court has not only the right but also the duty to refuse the provisions of the law if they are contrary to EU law, and moreover, the court – as a member of a member state – requires all measures to be taken, including interpreting, to ensure the effectiveness of EU legislation. "

The position also recalled that the CJEU considered admissible questions of a general nature and only an indirect link with the main issue concerning the assurance by the national court of the effectiveness of legal protection as a result of EU law.

At the same time, the Supreme Court drew attention to the "need to refrain from appointing" the President of the Constitutional Tribunal, Julia Przyłębska, and the Vice-President, Mariusz Muszyński, to the trial panel of the Constitutional Tribunal. The position indicated the media statements of these judges on the August decision of the Supreme Court, including the statement by President Przyłębska to PAP.

In early August, President Przyłębska told PAP that "the Polish legal system, led by the Constitution, does not grant the SN or any other court in Poland the power to" suspend the application of the provisions ", regardless of the normative act from which the prescription originates. , also from the act. "