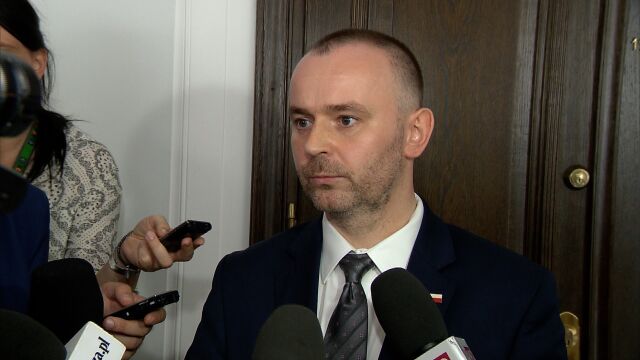 There is no disagreement between the Prime Minister and the President – insured in the "Rzeczpospolita" deputy head of the Presidential Chancellery Paweł Mucha, when he was asked to block the purchase of Australian frigates and the visit of Andrzej Duda to Australia. As he argued, the information on the "intragovernmental consultations" which are still held in connection with the purchase, the National Security Service was given the President a few days before departure to Australia.

The deputy head of the chancellery of the president was asked why President Andrzej Duda had flown to Australia, because Prime Minister Mateusz Morawiecki did not want to buy rockets of the type Adelaide, although the BBN chief himself announced their necessary purchase only a few days ago. Mucha replied that a visit to Australia was "an important state visit in which the political, economic and Polish diasporal context is of great importance". As he stressed, it has been prepared for many weeks.

"There is no discussion"

The journalist noted that the purchase of frigates was "blocked at the last minute by Prime Minister Morawiecki." On the question of whether there is a dispute between the Prime Minister and the Head of State, Mucha replied in the negative. "There is no such dispute," he emphasized.

Mucha also denied that the president had to learn about the privatization of the prime minister on the plane. "It is not true" – we read in Rzeczpospolita.

"A few days before departure, BBN gave this information to the president that there is still intragovernmental consultation on the signing of a letter of intent regarding the purchase of Australian frigates." For both the government and the BBN there is no doubt about the need to modernize the Polish navy. "said the deputy head of the chancellery of the president.

On Friday, the president and his wife Agata Kornhauser-Duda started a four-day visit to Australia. The head of the Presidential National Security Service, Paweł Soloch, said last week that one of the "main dimensions" of the President's visit to Australia would be security issues, including talks about the purchase by Poland of missiles of frigates of the Adelaide type.

On Friday, information appeared in the media that Poland might not buy Australian frigates. Deputy Head of the National Security Agency Dariusz Gwizdała announced on Friday that the potential acquisition of Australian frigates as a bridging solution is worth considering, until the Polish shipbuilding industry acquires the competence to produce this type of ships.

Play: The Prime Minister says he "negotiated on joining the EU". Miller: Please wait until I die

Play: press review. "There is no dispute between the Prime Minister and the President"

There is no dispute between the prime minister and the president – he assured the deputy head of the chancellery of the president Paweł Mucha in "Rzeczpospolita", asked …
read more »

Play: Kaczyński visited the grave
on Wawel. There was also Morawiecki

Play: the coach has fallen from the shard, three people are dead. The driver has been arrested

For three months he arrested on Sunday the court in Przemyśl the driver of the Ukrainian coach, who on Friday …
read more »

The restaurant in Władysławowo (Pomorskie) was completely burned down. According to the guard, the reason may have been a decline …
read more »

A serious accident in Bródno in Warsaw. At one of the crossroads, a kia and an ambulance collided with the signal. According to …
read more »

Play: "I am surprised how the police could do it
leave something like that. "

Play: There are no rules, PiS posters are already hanging.
"Usually such banners are hung up"

In Wielkopolska, Leszno, 160 electoral banners from Law and Justice appeared, although probably only on Monday …
read more »