They closed the crying child in the washing machine. They recorded everything 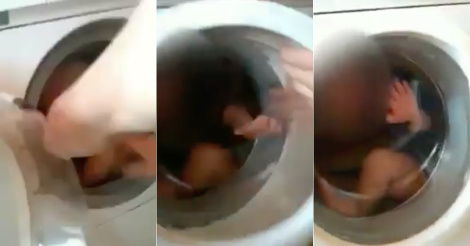 There is a movie on social media where you can see a small, crying child in a washing machine. According to the police, the 21-year-old mother claims that the recordings were made by two of her friends. They were being held.

On a short video circulating on the internet, you can see how the filmer closes the washing machine. A child who is crying, is sitting in the drum and tries to keep the door still. At the same time you hear laughter – probably two people filming a movie. At the end one of them says: "the child in the washing machine two".

A mother and child in a hospital

– At the municipal and provincial headquarters in Radom began to receive information from users of one of the social networks, that there was a film on the internet that showed how the child in the washing machine was placed – says Rafał Jeżak, spokesman for the headquarters of the provincial police in Radom.

He adds that officers have gone to the place. They found their mother and her two-year-old child.

– They were both taken to hospital and examined. The doctor found no injuries on the child's body. The prosecutor, who qualified this deed of Article 207 of the Penal Code, was also informed – Jeżak adds. This article is about abuse – a criminal offense from 3 months to 5 years in prison.

According to the testimony of the mother, the admission had to be made in April of this year when, on her way to work, she left the child in the care of two friends.

On Saturday the police arrested both men. – The investigation was started by the Radom public prosecutor. It will probably still be charged today, according to TVN24

According to police, two men were handed over to officers on Saturday afternoon. – A cohabiting woman has also been detained. They have all been transferred to the public prosecutor's office of the Radom-West district, which is developing activities here. There were auditions yesterday, they were today. Later on in the fate of these men, the parquet and the court will decide – Rafał Jeżak said on TVN24 on Sunday.