Toruń: inspectors will again check the number of calls in the parish church Grace of God and Saint. Sister Faustyna Kowalska 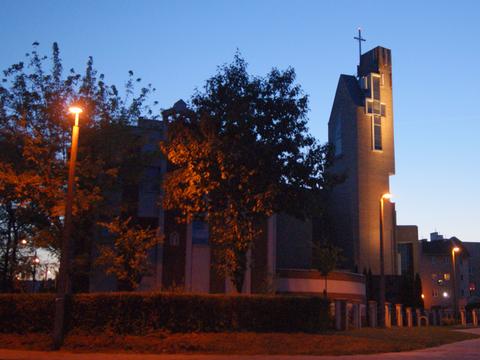 The parish is located on ul. Saint Faustina in the north of the city, near the headquarters of Radio Maryja. The walls are decorated with, among others, plaques Lech Kaczyński and his wife and victims of Volhynia massacre. However, the real treasure of the church is four clocks. The lightest of them weighs 260 kg, the heaviest 1950 kg and has the image of John Paul II on it. All were celebrated in 2004. Moreover – according to the information on the parish website – in 2006 there were 15 clocks on the presbytery that won the melody of "Jesus, I Trust You".

The church is surrounded by apartment buildings, which caused a conflict with some of their residents. The last edition took place in 2016. At that time information about bell sounds was hung on cages. Eventually someone has informed the officials. The Toruń delegation from the provincial environmental protection inspectorate in Bydgoszcz conducted sound measurements for five days. Her result was unsuccessful for the parish.

Sound measurement showed 61 decibels. The Mayor of Toruń stated that the noise emission to the environment was exceeded and gave a decision about the permissible noise level of 55 dB. Then, however, another complaint came in, so you had to measure the volume again.

A statement appeared on the website of the parish, from which it could be deduced that the priest Stanisław Majewski did not want to talk to people who complained about clocks. "I certify that church bells are an integral part of Catholic temples." Information about the construction of the church appeared in the development plan of the city in the 1980s. The potential inhabitant of the estate should be prepared for this reality. instead of entering into polemics and disputes to defend the appropriate rights of believers, "wrote parish priest Majewski.

A useful hand for the clergy was drawn by the deputy of the law and justice, Ms Anna Sobecka, who sent the then minister of the environment, Jan Szyszka, a letter to defend the parish. Attentive internet users then pointed out that both Sobecka and Szyszko are people who share one very important thing: a close relationship with Toruń & s Redemptorist Tadeusz Rydzyk. In their opinion, the vote of the parliamentarian could determine the fate of the case.

"Poland is a Catholic country, and the presence of many churches and the sounds of throbbing bells are an integral part of our culture and the age-old tradition of our country.Therefore, I deeply hope that this issue is only a single incident that of believers and people will not affect, enjoying the fact that they live in a free country where they can freely believe, "wrote Sobecka, who announced the case to the entire country. 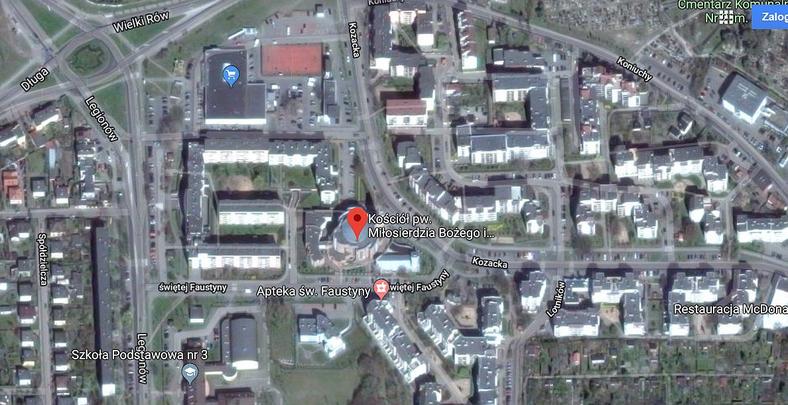 The church is surrounded by apartment buildings

The parish finally stopped the clocks and the complaints stopped. Everything spread over the bones and there were no financial penalties for the clergy.

WIOŚ will carry out an inspection

Now the case is coming back. "I ask you to take up the question of the bells in the Parish of God's Grace and Saint Sister Faustina Kowalska in Toruń." For a number of months the bells have been beaten up again with full force and they make life miserable from 7 o'clock on the weekend and in the midweek, this man can not be reformed! "- wrote Rafal on Onet in an e-mail.

He added: "The parish priest thinks he is above the law and can make the locals uncomfortable, calls the bell at 7 am every few hours, including the weekend, and last week we have a new application to the Inspection for environmental protection. "

– I do not hear a big difference in volume – says the resident of the surrounding streets asked by Onet. "But the clocks are probably shorter, but unfortunately this is still annoying.

We asked the curia whether she would take any action in connection with this issue. – The curia has not received an official letter or complaint from the residents of the residential area – says priest Paweł Borowski, spokesman for the Diocesan Curia of Torun.

However, the complaint was received a few days ago by the WIOŚ. Employees of the inspectorate do not intend to walk away from the problem and check how loud the bubbles are now ringing. – The working mode of the church bells will be verified – Marek Pawlik announces, head of the WIOŚ branch in Toruń. – Possible further actions will be taken depending on the outcome of these schemes.