Tragedy in Darłówko. Witnesses deny each other 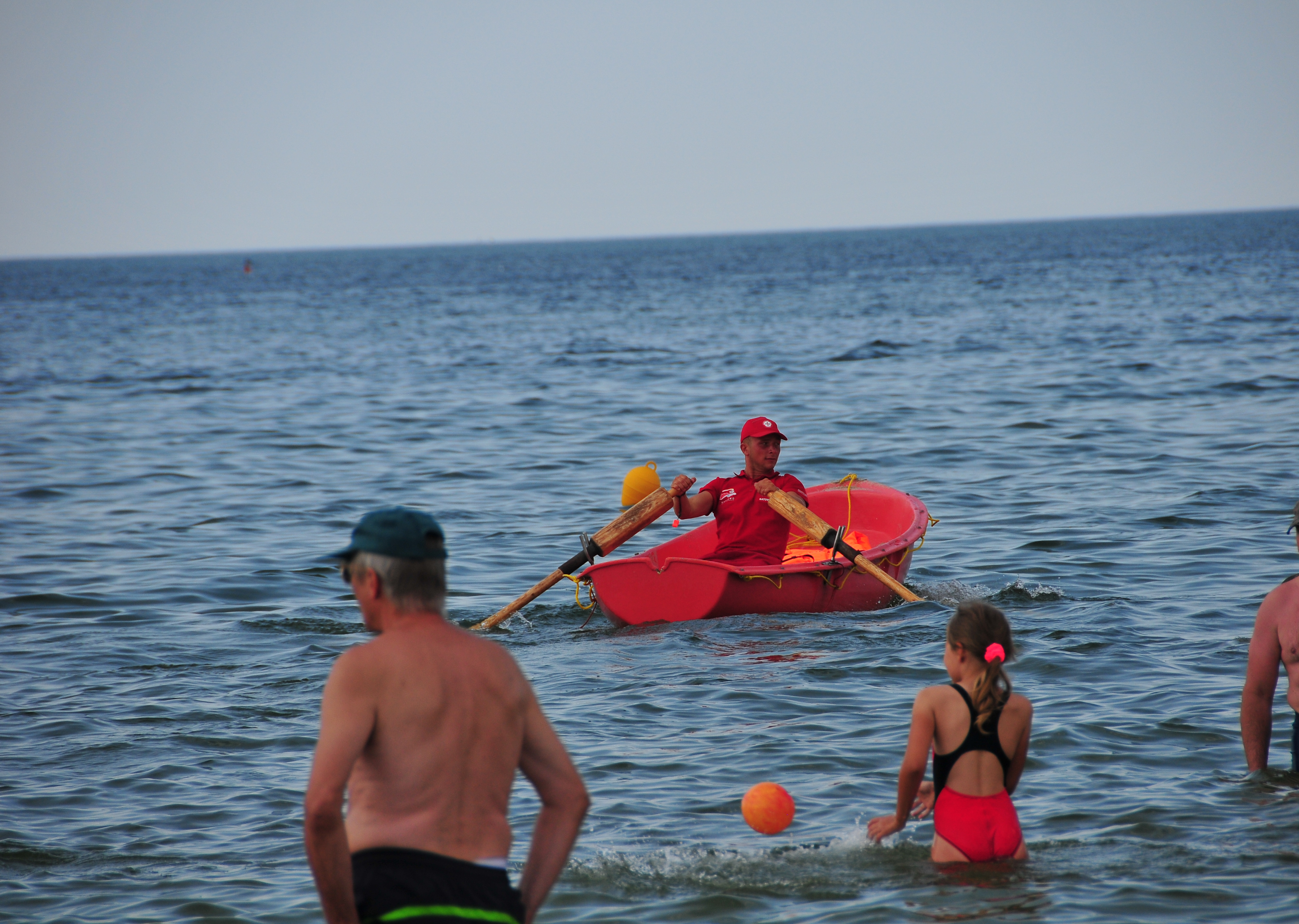 On the one hand you can hear "mother's debt", on the other – "the responsibility of the rescuers". The case of drowning in Darłówek, three children still evokes great emotions. The accounts of the witnesses flow all the time to happend.wp.pl. However, they do not form a logical whole.

All of Poland lives with the tragedy of the Sulmierz family. On Tuesday, 14 and 13-year-olds and their 11-year-old sister were missing at the breakwater in Darłówko. After a few days of searching all three bodies were found. The public prosecutor has confirmed to WP that it concerns wanted brothers and sisters. There are different versions of events.

Before hours 15 The woman left the three and went to the fourth, youngest child. When she came back, she did not see any teenagers in the water. Then the rescue operation immediately began. In addition to the services, people who spent time on the beach came to her. They created a so-called living chain & # 39; and children searched between the waves. The action brought results. An unconscious 14-year-old was found next to the starlets. He was resuscitated and transported by the Air Rescue Service helicopter, but he could not be saved.

The search for the remaining two rescue workers and divers has stopped because of bad weather conditions and has resumed. On Friday they found the floating body of the girl and later a boy.

As for the facts presented above, there is no doubt about it. Inaccuracies appear in the accounts of the witnesses of the event. Specifically about the actions of rescuers.

– We were at the moment of the tragedy and we are still there. On the day of the event, the flags on the rescuers of Darłówko in the west were white. We went to the beach at the level of the military unit and walked almost along the coast to the harbor itself. We passed groups of settlers in the water and the waves were very strong. However, the rescuers did not put people out of the water. They only started doing it after the tragedy. Then patrols appeared on the land and sea, and lifeguards through megaphones chased people out of the water – says Justyna in an interview with Wirtualna Polska.

According to WOPR, the flags were red at the time of the event. As Justyna adds, she has been in Darłówek since 11 August and not once in four days, until the tragedy, she did not hear any emergency services with a megaphone, whistling, admonishing or asking beachgoers out of the water. – Only after the tragedy did they start to introduce countermeasures – he claims.

See also: the day after the tragedy in Darłówko. People on the beach

– I understand euphoria and forget the family while playing in the water, but should not saviors be wiser? – he asks. According to her, the red flags should be hung in the morning. – When we heard the approaching ambulance, they were still white. The rescuers were just beginning to do something, while my mother came forward and said she did not see any children – emphasizes Mrs Justyna.

He also points out that the prohibition sign for baths is under stones.

In fact, he asks for information about "55 meters": under the meter should I measure where I can bathe?

Beachers want to outsmart the saviors

Our other reader is the weapons of the rescuers.

– Like every year we spent the holidays in Sarbinowo. On the day that there were strong waves and a red flag, many people, especially adults, ignored the swimming ban and showed the children that the rules could be broken. The lifeguard did not just look at his area. He kept running, whistling and asking for a way out of the water. When he returned to his position, the grown-up men sitting next to us said: "We are running into the water, now we can not see ourselves, we will be the ones who will only whistle." It did not fit in my head. When the counselor approached another group of men with children and asked for a way out, he replied that he had not come to the sea to look at them. He called the counselor for that. The savior of this day has probably come to mind as never before. If he had the chance to pay a fine of 500 zloty, some might learn some rules – Mrs. Ani wrote us through dziejsie.wp.pl.

Wirtualna Polska spoke after the tragedy with the head of the paramedics from Darłówek. – It is not true that the rescue workers changed the flag to a red flag, which means that it was completely forbidden to enter the water after the start of the search. At 12:45 I consulted the boys, what are the conditions. Each sector sent a rescuer to the water to check if there were reverse currents, how strong the wave is. The conditions were bad and with my signal at 13:00 all sectors changed the flag in a red insured Sylwester Kowalski.

He also added that the color of the flag did not matter. Children were in a place where there is a total ban on entering the water, regardless of the weather. There is a so-called black dot, about which the special sign informs. The hydrotechnical construction is close by and in such places you can not swim in a radius of 50 meters.

Kowalski admitted that people ignore such signals. – It is very difficult to guard them, especially because the beach is unguarded at the place where the children are missing. But we are still trying to pay attention to tourists who go into the water despite the ban. They can use us to spit for us. Such tragedy should change the point of view, but none of that. The day after the disappearance of the children, when the wave was still high, the parents left the two-year-old in the water. When we drew their attention, the curses and accusations began that the child looked at them, "he said.

Recall that the lawyer of parents, who in tragic circumstances have lost three children in Darłówek, has announced the submission of a notice to the public prosecutor. Rescuers who, in his opinion, could not perform their duties. The head of the rescuers in Darłówko was surprised by these events. – I do not want to attack my parents because they have experienced a big tragedy, but they did not watch over the children – Wirtualna Polska said.

Thursday, the acting district attorney in Koszalin, Alicja Kowal said that an investigation would be initiated. In the direction of exposure to the immediate danger of losing three children by persons who were obliged to take care of them. The investigation will also refer to the unintentional death of one of the children. She added that no one heard any charges. Many witnesses to the event are already veiled, just like the parents of the children.