War on the court! Poland in trouble, Gowin is enthusiastic 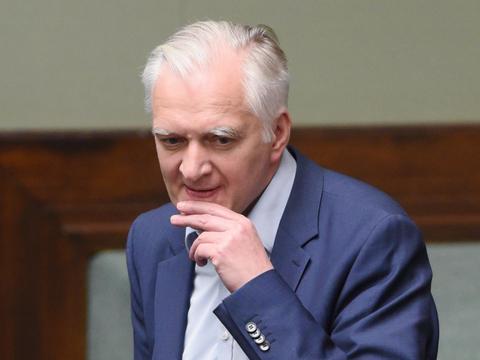 This acceleration means that the Tribunal Poland will probably not let the judicial changes pass. Judges from Luxembourg – as suddenly, because they reacted during their holidays, that our National Council of Justice began to fill the Supreme Court a few days ago (and not in September, as previously announced) with new people. The war is about whether or not our new Supreme Court is considered to be legitimately elected.

Judicial reform has long been a political issue that evokes enormous emotions. And if that was not enough, yesterday morning, Deputy Prime Minister Jarosław Gowin (57) added the fuel to the fire, which said in an interview that Poland … will simply not recognize the unfavorable verdict. – Gowina & # 39; s statement about ignoring the judgment of the Court of Justice of the EU means the actual POLEXIT (ie, the departure of Poland from the European Union – ed.) – declared Rafał Trzaskowski (47 years old) ), MP from the PO.

When Gowin realized what kind of nonsense he smoked, he began to explain it. – This is my own position – he said in the radio Trójka. – What will be the official position of the government – this is what we will think about when the decision of the Court of Justice will be taken – he added. What is the threat of the Tribunal? He can even quickly decide to prevent the judges from exchanging an SN or calling them – what happens – to be unlawful.

Gowin: Trzaskowski is not suitable for president