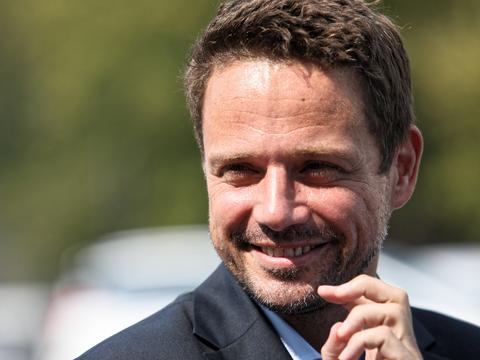 Rafał Trzaskowski intensively participates in the campaign of the local government. The Civic Platform candidate started the campaign "Open door to Warsaw", where he visits Varsovians in their apartments.

On the first day of the action he made it louder than normal. He had the opportunity to present his conservative skills. PO delegate Cezary Tomczyk posted a video on Twitter in which Rafał Trzaskowski tries to set the door on one of his visits. His idea was to fix the window with adhesive tape.

– temporarily the lady said that this window will fly out quickly. If we knew that the glass would fall out, we would not stick it with tape – Trzaskowski stated in "Facts after Facts" on TVN24.