Where President Kaczyński spends his holidays 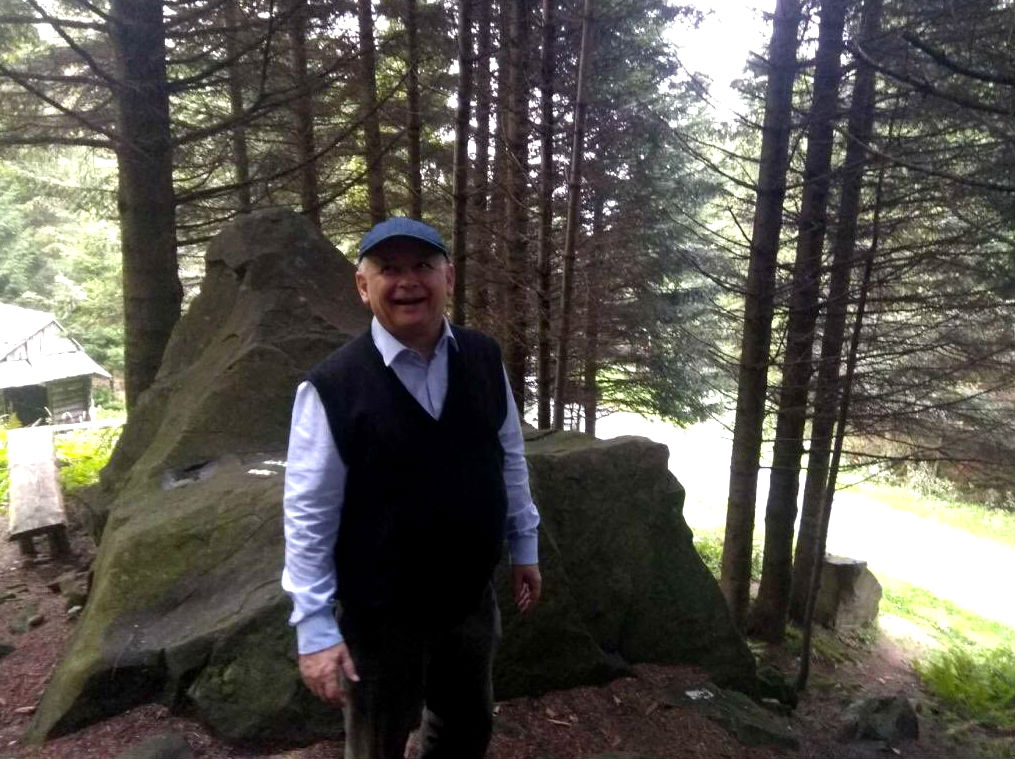 Last Sunday, Prime Minister Mateusz Morawiecki started an election campaign with rolled up sleeves in Sandomierz, and the PiS president wandered around the Beskid Sądecki. As Joachim Brudziński wrote on Twitter, the president worried about the state of opposition in Poland.

Joachim Brudzinski, the companion of the president

The traditional holiday expedition of the president of PiS was reported by one of his closest associates, the head of the Ministry of the Interior and Administration, Joachim Brudzinski. He takes photos of the president and places them on Twitter – Jaroslaw Kaczynski does not keep his account.

Due to a knee sickness and a long stay in the hospital, the president missed an annual fishing trip. Together with Joachim Brudzinski and MEP Czesław Hoc they usually sail around the Zalew Szczeciński and the Pojezierze Myśliborskie. Two years ago, Hoc reported on social media: "We went on a trip, we were in the Sanctuary of Our Lady of the river Odra, Queen of Peace.We visited Siekierki and Cedinia.We placed flowers in the cemetery of Polish soldiers. Then we swam on one of the lakes of the Myślibórz Lake District. & # 39;

Brudzinski carries the president of the mountains to the sea, close to himself. As he says about himself, "raised in the mountains of the Sądecki Beskids", he went to school in Pomerania to the school for maritime schools in Świnoujście. Hoc has been friends with Brudziński for more than twelve years, more or less since he became an alderman in the West Pomerian Parliament, and Brudzinski was the first leader of the PiS in Western Pomerania. Brudziński ensures that Hoc does not compete in the Koszalin district. Joint vacations with the president are a guarantee.

Brudziński invites the president to Szczecin. "Joachim has a very nice social circle in Szczecin coming from the university, I meet them when I am in this city, there are two pubs: one is purely a student, the other is a semi-student, run by university people" – wrote Jarosław. Kaczyński in the book "Poland of our dreams" in 2011. "This is a place where the Smolensk tragedy spent a good time, and now such places are different than they were, but despite everything when I am in Szczecin, I visit I do not want to say no, although I know that my return to the world before April 10, 2010 is nothing to me, but something draws me there, there's a specific mood that allows me to be on this terrible day. I also like Joachim, and he is generally a man I like spending time with, I like to talk. "

Holiday costumes from the president

In 2015 President Kaczyński traveled with Brudziński and Hoc – as it was this year – along the Beskid Sądecki. "The campfire is burning and the forests of Sącz roar, Father Zdzisław is among us", wrote Brudziński on Twitter. I am talking about Father Zdzisław Tokarczyk, who participated monthly in the Smolensk catastrophe. Last year Poland treated the photographs of Brudziński with the president and Hoc of the expedition to Koziarz, also in the Beskid Sądecki. It was hard about this trip – because the politicians presented themselves in white and red capes, which immediately became a sales hit.