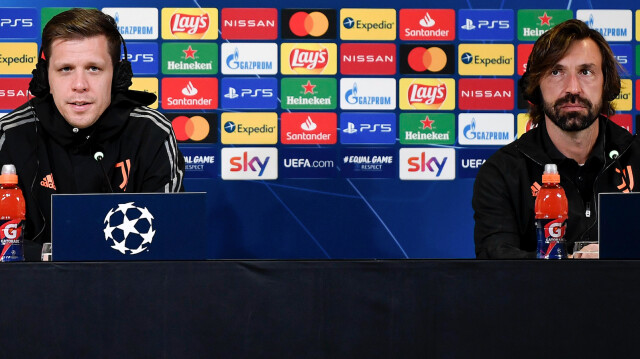 The Juventus goalkeeper was crushed by journalists for the 4th round of the Champions League match with Ferencvaros. One of the questions concerned Andrea Pirlo, once an excellent midfielder, and from this season the coach of the Old Lady next to the Pole.

– It’s a good relationship, but I don’t dare to talk about the coach next to me. If I say a bad word about him, Carlo Pinsoglio (third goalkeeper) will play tomorrow – said Szczęsny in his style, smiling and looking at the coach at the same time.

– Jokes aside, the coach wants us to play in a more European, modern way, approach our opponents higher. We are very excited to develop together – added the pool after a while.

The first match against Hungarian Juventus won 4: 1. – We expect a difficult match with a demanding opponent. We have to continue our process, play better and better. We are Juventus and we must win at all costs – emphasized the goalkeeper.

In Tuesday’s game, the Italian champion will play in the center of the defense without two leaders. – The absence of Leonardo Bonucci and Giorgio Chiellini always matters, but we have many leaders and players with great personalities on the team. There is no way to relax, you always play 100 percent at Juventus. Only victory counts – Szczesny summarized.

In the next series of matches, Barcelona can advance to the 1/8 finals, having achieved all the wins in the three previous matches and being the group G leader for Juventus (6 points) and Dynamo and Ferencvaros Budapest (they each have one point) .

Schedule of the 4th round of the Champions League: