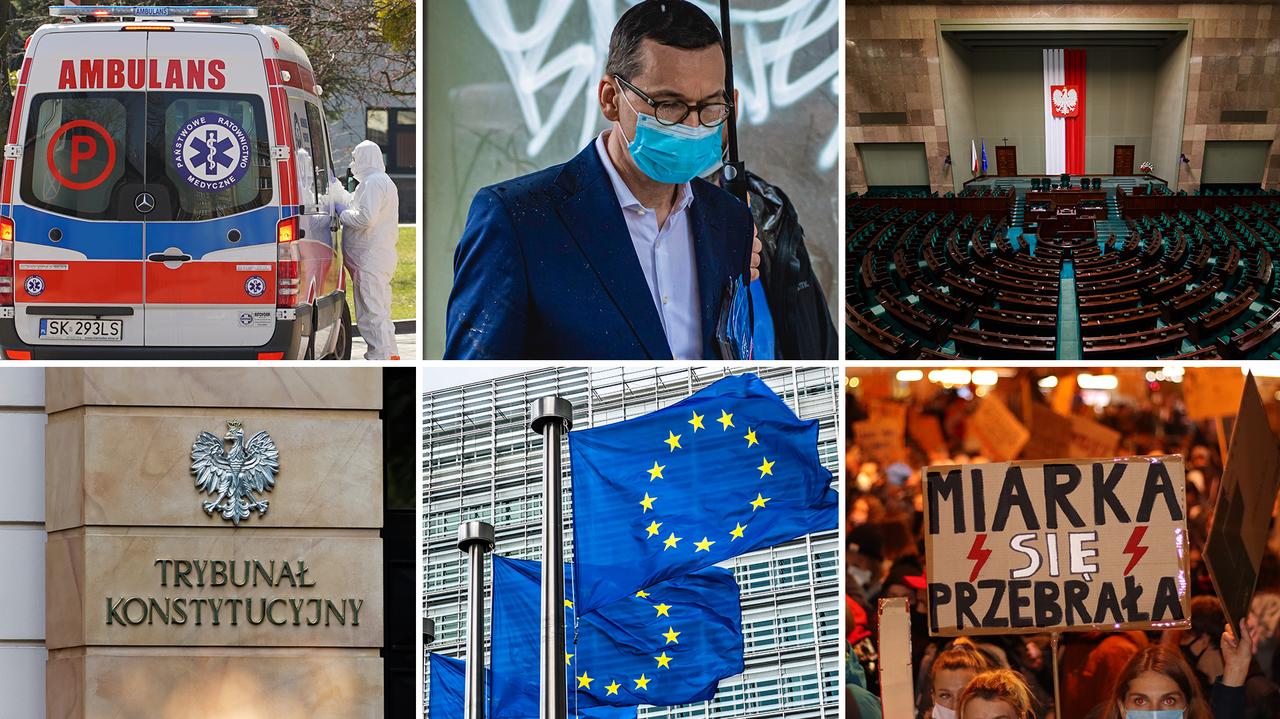 On Tuesday and Monday, we published Kantar’s polls for “Fakt” TVN and TVN24. They related to the assessment of the government’s actions in the fight against the COVID-19 epidemic, the assessment of the state of democracy in the country, the presence of Poland in the European Union, support for political groups, as well as abortion, street demonstrations and police response to protests. We provide a summary of the results of these studies.

At the request of “Fakt” TVN and TVN24, the Kantar studio conducted surveys asking respondents about issues related to the assessment of the government’s measures to limit the spread of the coronavirus, the quality of democracy in the country , the presence of Poland in the European Union, the right to abortion in the event of severe and irreversible fetal disability or an incurable disease threatening his life, the evaluation of the protests following the ruling of the Constitutional Tribunal tightening the abortion law, as well as police response to recent protests and support for political groups.

We present a list of the polls published on Monday.

In the poll, respondents were asked, “I will now ask about the issues related to the fight against the COVID-19 pandemic. Overall, how do you rate the government’s measures to mitigate the effects of the coronavirus epidemic? to decrease?”

The State of Democracy in Poland

Respondents also had to complete the following sentence: “During the 5 years of PiS rule, the quality of democracy in Poland …”

The presence of Poland in the European Union

Among other things, the respondents heard the question: “What is your opinion about Poland’s presence in the European Union? Do you think Poland should …”.

Another question posed to the respondents was: “Do you think that PiS government policy could lead to Poland leaving the European Union?”

In the Kantar survey for “Facts” TVN and TVN24, the respondents also heard the following question: “The Constitutional Tribunal ruled a few weeks ago that the provisions permitting abortion due to serious and irreversible harm to the fetus violate the Constitution. The Tribunal therefore questioned the right of women to have abortion. In such situations. Do you think that in the case of a high probability of serious and irreversible damage to the fetus or an incurable disease that threatens his life … “

The survey also asked respondents about the protests that had lasted since the Constitutional Tribunal’s ruling, that is, on October 22. They heard the question, “After the Constitutional Court’s decision on abortion, there are protests in many cities. How do you rate them?”

Overall, 35 percent of those surveyed said they did not support the protests, with 22 percent “strongly disapproving” and 13 percent “quite disagreeing”. 6 percent of respondents replied, “I don’t know, it’s hard to say”.

In the Kantar study, respondents also heard the following question, “Do you think the police response during the recent protests was appropriate?”

17 percent of the respondents answered “I don’t know / hard to say”.

Respondents were asked which party they would vote for if the Sejm elections were held in the near future.

27 percent stated that they would vote in favor of the joint list of United Right, ie Law and Justice, Agreement and Solidarity Poland. 25 percent of respondents would vote for the Civic Coalition, founded by the Civic Platform, Nowoczesna, Poland and the Greens Initiative.

Szymon Hołownia’s move Poland 2050 was stated by 14 percent of the respondents. The Left (8 percent of the vote) and the Confederacy (7 percent) would also go to the Sejm.

In the case of all the above studies, the telephone survey for “Fakt” TVN and TVN24 was conducted by Kantar on November 20-23, 2020 on a nationally representative sample of 1,003 adult humans.