poland November 13, 2018 Gospodarka, poland Comments Off on More than 90 percent of Poles are not interested in economic emigration 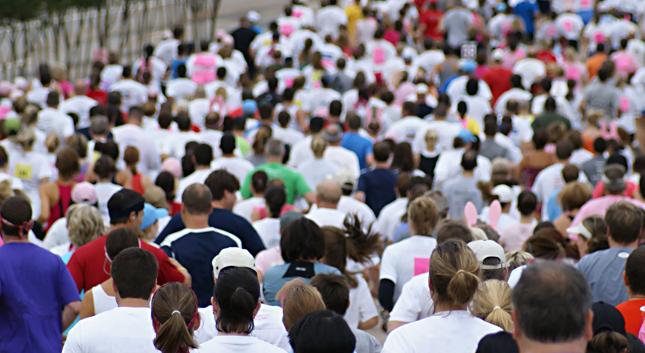 More than 90 percent of Poles are not interested in working abroad – according to work service research. Poland's main barriers to emigration are attachment to family and friends and attractive work in the place of stay. The study pointed out that the record low unemployment and the increasingly better working conditions in the country clearly affect the reduction of migration plans of Poland.

It is the result of the ninth edition of the report "Migration of Earnings of Poles", drawn up by Work Service, only 8.6 percent. active or potential participants in the labor market consider making a trip abroad. 37.1 percent at the same time. of them would want to leave for three months, and 19.2 percent. permanent.

"For the first time in the history of the research, the percentage of Poles considering work migration has reached a value of one figure, while almost a fifth of the potential expats would like to leave permanently, which is 4.5 pp lower than in the previous edition. of our survey, that apart from the shrinking pool of people thinking to go abroad, the proportion of those who plan such actions in the short term is also increasing, "emphasized Maciej Witucki, the chairman of the Work Service Board, in the comment on the research.

He added that such results are a result of the improving situation on the labor market. "Increasing employment conditions not only negatively affect the decline in interest in a work trip, but also translate into an increase in the percentage of Poles rejecting migrant plans." Currently, this is just over 90% of the respondents, "said Witucki.

Research shows that currently only 3 percent. Poland to emigrate to the British Isles. On the other hand, Germany is invariably the most popular travel destination, with a result of 23.3 percent. The top three of Polish emigrants also included Norway (15.6 percent) and Sweden (14.7 percent) for the first time. From the second to the fourth place in the past six months, the Netherlands fell, which – as Work Service indicates – is the result of the seasonal change after the end of the summer period.

According to the report, almost 7 out of 10 Poles decide to emigrate to work both in the previous editions and because of the number of earnings. Secondly, the departure of compatriots abroad is caused by better career prospects and a higher standard of living (32%).

The highest result in the history of the research has recorded social conditions in other countries, indicated by 31 percent. Poland. For nearly a quarter of the respondents, the reason for emigration is a more favorable tax system, a friendlier public administration and the possibility to travel. In turn, 14 percent. the respondents are planning to go abroad because of a lack of good work in Poland. This is a result that is 10 percentage points lower than last year.

According to Work Service, Poland's main obstacles to emigration are always attachment to family and friends (65%) and attractive work in their hometown (38%). It was also pointed out that the respondents indicated twice as often as in the previous edition of the survey on the cultural differences and attitudes of people abroad (18%). Moreover, in the last six months with 7 pp. the percentage of respondents who admitted that they do not take decisions to work outside the country increased because they felt that Poland was being treated badly there.

The report shows that people between 35 and 60 years (55%) prefer to work abroad. Of the Poles who intend to emigrate 82%, he has a job, of which 49 percent he is employed full time.

As far as the residence of potential emigrants is concerned, two regions clearly distinguish themselves on the map of Poland – central to the majority of people interested in emigration (31%) and south-western, where only 8% are concerned. the respondents are considering working abroad. As in the previous edition of the study, Poland is thinking of economic emigration in rural areas and in cities up to 100,000. residents (68%).

The data presented as part of the report "Migration of the profits of Poland" were prepared and developed at the request of Work Service S.A. by the research institute Kantar Millward Brown S.A. The study was carried out in the period 19-23 September 2018 on a sample of N = 593 persons employed, unemployed, learners and people on maternity and parental leave. The sample was chosen from a nationally representative sample of adult Poland N = 1000. The survey was also conducted using computer-controlled telephone interviews. (DAD)