Poland – Ukraine. Notorious problems during the matches of red and white

poland November 12, 2020 poland Comments Off on Poland – Ukraine. Notorious problems during the matches of red and white 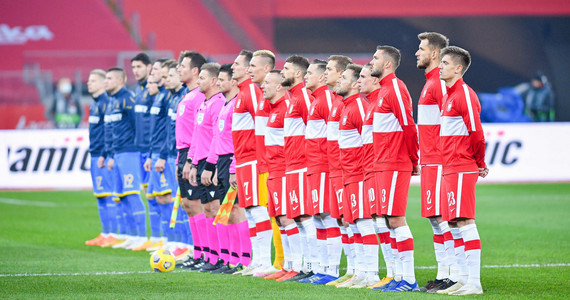 Criticism of the selectors

Despite the defeat to the Poles, Andriy Shevchenko was satisfied with the attitude of his team. Andriy Lunin’s catastrophic mistake that resulted in a goal against? – He is a young, talented goalkeeper, and we all make mistakes – said the Ukrainian coach. Andriy Yarmolenko’s penalty kick lost? – It didn’t stop us, we had a lot of situations after that – replied the rivals’ coach from behind.

Only in one case, at a press conference, it was possible to notice a grimace on Shevchenko’s face. When asked about the condition of the turf at Silesian Stadium, he no longer played diplomacy. – It was difficult for us to play on this field because it was not of the best quality – said the striker, famous years ago.

Jerzy Brzęczek followed in his footsteps. – I agree with what Shevchenko said about the condition of the turf – noted the Poles’ coach, then went one step further. – It is a constantly repeating history, unfortunately the surfaces of the playing fields in our country are not optimal. I hope that the companies responsible for the quality of the turf will at some point prepare it correctly.

The Polish coach knows what he is saying, after all, his tenure is characterized by constant problems with the surface in subsequent stages. Just a month ago, Roberto Mancini was upset about the field in Gdańsk. – In the first part it was at a better level, in the second there were a lot of holes, which made the game very difficult for us – judged the coach of the Italian national team.

Shevchenko and Mancini could have reacted even more sharply if they had visited the National Stadium with their teams. Hundreds of thousands of signs have been written about the problems with the surface there, and many mocking memes have been made.

After the match with Slovenia in the qualifying round of the European Championship, Wojciech Szczęsny eloquently commented on the condition of the field in the National Stadium. – It wasn’t a ball, it was figure skating. You can’t play something like that. It was funny for two or three games, but you can’t play football here.

“All that was missing was a rake and a spatula,” repeated Grzegorz Krychowiak.

– Since playing in the national team, it was the worst field – judged Piotr Zieliński. The players were so annoyed that they complained to Prime Minister Mateusz Morawiecki when he visited them in the dressing room after the game against Slovenia. At the time, no one probably thought a bad-pitched soap would last that long.

It should have been different

In 2020, before they left for the European Championship, the White Reds would only play with Russia in the National Stadium. Due to the coronavirus pandemic, the tournament was canceled, as well as all matches of the country teams in the first half of this year.

For a moment it seems that the subject of the compromising condition of the turf had been closed during the clashes between the teams. However, the problem came back like a boomerang, and the most curious thing is that it should have been without an accident in Chorzów. – I would really like to play in the Silesian Stadium to play on a normal field – said the Polish goalkeeper a year ago.

Meanwhile, the old sins returned to the legendary site. – Fortunately, no one was injured – Brzęczek ended his speech after the match with Ukraine. People from the Polish Football Association have explained in the past that they are not responsible for the state of the grass, but outside companies. Of course they are. It’s just the months passing and the problem still persists. And it is not known how to resolve it.

At what time after the game of the Polish national team are the coaches happy that their players were not injured on the terrible field? If there was an injury, maybe the problem would finally be taken seriously. In the meantime, he will likely get harsh words and spread his hands again.