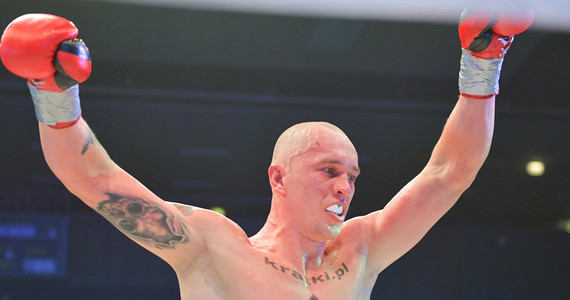 You can find more such stories on the homepage of Onet.pl

Michał Cieślak’s duel with Taylor Mabika was the fight of the night at Polsat Boxing Night 9. For the Pole, the game at the December gala was the first game since the defeat against Ilunga Makabu. The duel with the Congolese took place in Kinshasa in January. The stake in that match was the WBC world champion belt.

Cieślak was the favorite of Saturday’s game. All the more that Mabika has already lost against Polish boxers. He previously lost to Krzysztof Głowacki, Krzysztof Włodarczyk and Mateusz Masternak.

From the start of the first round, Cieślak tried to attack his rival and had a small advantage. It was the same in the second game. Ceiślak attacked his rival several times, and he reacted imprecisely.

The third round started with Mabik’s attempts, but the Pole managed to avoid the blows of his rival. In the second part of this round they both tried to attack, but it was Cieślak who controlled the course of the duel. In the fourth game, the Pole delivered a few hard blows, causing his rival to breathe harder.

Mabika picked up a bit in the fifth round. The Gabonese seemed to be taking a risk, but he quickly withdrew. In the second part of the ore it was the Pole who took the initiative.

The sixth round is not over yet. Mabika injured his hand and the referee decided to stop the game in advance. For Cieślak it was the twentieth victory of his professional career, while Mabika lost for the seventh time.

– Those first rounds were difficult for me. But I felt better and better every round – he said right after the fight. – I don’t know about it. I’ll talk to the promoters about it – he added when asked about the possibility of fighting for the championship belt next week.