PSL will stay with Paweł Kukiz. “We are not political cannibals”

poland November 23, 2020 poland Comments Off on PSL will stay with Paweł Kukiz. “We are not political cannibals”

– We are not political cannibals. We will see how it turns out. For us, voting to block the (European – ed.) Budget is voting for a creeping polexit – the deputy chairman of the Sejm Piotr Zgorzelski (PSL) told Interia, when asked about the situation in the Polish coalition and beyond. cooperation with Kukiz’15. However, our findings show that there is no political division in the Polish Coalition. 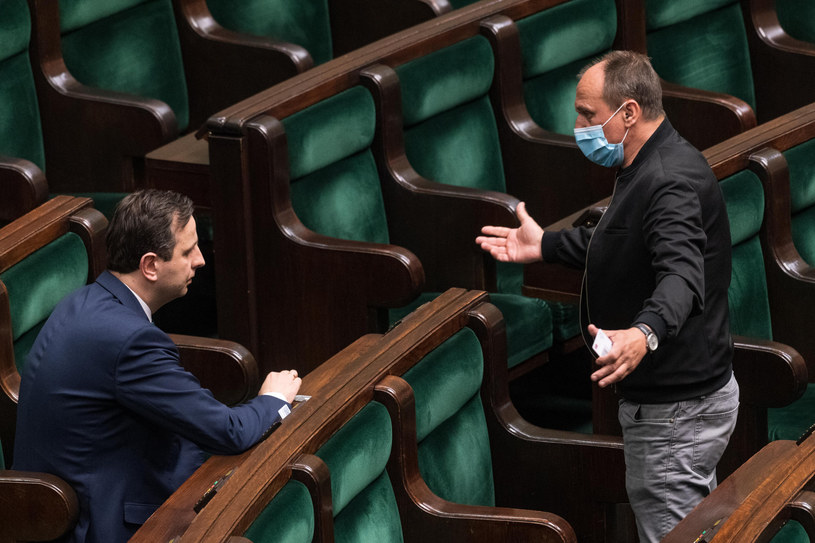 On Thursday, the Sejm passed a resolution by PiS in support of the government’s action on budget negotiations in the EU. The resolution calls for discussions to be resumed and an agreement reached in accordance with EU treaties and the conclusions of the July European Council meeting. 236 deputies voted in favor of the resolution. In addition to 231 PiS MPs, the resolution was also backed by five Polish Coalition MPs associated with Paweł Kukiz. Besides the musician, the following people also voted in favor: Jarosław Sachajko, Paweł Szramka, Stanisław Tyszka and Stanisław Żuk.

The question marks over the continued cooperation of the People’s Party and Kukiz’15 emerged just after the majority of Kukiz’s supporters supported the resolution for the government’s actions in the area of ​​budget negotiations in the EU for disagreeing with the mechanism of the conditionality of the disbursement of EU funds and link them to the rule of law.

Such a move caused an avalanche of comments and much outrage among the farmers. – The voting of colleagues from Kukiz’15 against pro-Polish values ​​was a surprise to us. And this alone actually pushes them out of the coalition – Interia told Zgorzelski.

Does this mean changes are coming to the Sejm? In Radio Zet, Marek Suski did not rule out the reinforcement of PiS by politicians in connection with Kukiz. When asked about a possible increase in the ruling party’s parliamentary majority, he did not deny that either.

– Kukiz had his club, later it broke down and he went to PSL, but he didn’t join PSL, so it’s possible he will leave again and start working independently – said the Deputy Chairman of the PiS club.

In an interview with Interia, Paweł Kukiz assures him that he is sure of his MPs. He’s not going anywhere himself. – I guarantee you, nobody has plans like that. The approaches (to take over the deputies – ed.) From the side of various options have been around for five years. Becoming a member of PiS is absolutely out of the question. If I wanted to do this I would run from PiS lists, the leader of Kukiz’15 told us.

Paweł Szramka repeats his parliamentary colleague. – Marek Suski does not take the subject seriously. We had many opportunities to join PiS. We could run with them in the elections, not the PSL. He has to think twice before he starts talking nonsense, she says. – We have agreed on specific requirements and we stick to them. Sometimes we have a difference of opinion, we vote differently. But this does not mean that something is falling apart – the politician added.

According to the Kukiz people, there is no talk of the collapse of the Polish Coalition. – My priority is to be able to meet my requirements. So far, no one has made me a more attractive offer than PSL, which has included it in its election manifesto – explains Interia Kukiz. – I did not come to politics to look for colleagues, because I have enough. I want to carry out my postulates – he emphasizes.

Jarosław Sachajko speaks in the same vein: – The Polish coalition was formed to implement the four or five postulates of Kukiz’15 from 2015. As long as PSL politicians stick to these agreements, the coalition formula makes sense – he explains. In other matters that we have not discussed, we have completely our own subjectivity. Let’s not worry, colleagues will cool down and we will continue to work – added the MP.

The question remains: do the farmers have the same opinion? Piotr Zgorzelski emphasizes that being pro-European is one of the core values ​​of the Polish Coalition. According to our interlocutor, the Kukiz activists did not pass any sort of test during the vote on the resolution on the right of veto.

– The European Union is a zone of security and development. We were introduced by politicians with different options. From our perspective, the most important are the activities of the then Prime Minister Waldemar Pawlak and Deputy Prime Minister Jarosław Kalinowski, as they negotiated EU subsidies for farmers – explains Zgorzelski.

– We founded the Polish coalition because Poland needs a rational center. We have agreed to work with the Union of European Democrats, Marek Biernacki and Kukiz’15 conservatives to effectively change the country. However, it is bad if our coalition partners succumb to Zbigniew Ziobro’s radicals on such an important issue regarding Poland’s position in the Union, added Miłosz Motyka, a PSL spokesman.

As Paweł Kukiz tells us, issues related to the rule of law and the veto of the EU budget were not included in the agreement between Kukiz’15 and the PSL. So he voted according to his conscience. – If the motion for a resolution on opposition to linking the budget to the rule of law were tabled by Biedron and Zandberg, I would support him too – said the rocker.

From the talks that Interia has had with members of the Polish Coalition, it appears that we should not expect a political earthquake in the near future. In unofficial discussions the farmers admit that there will be no change in the formula of cooperation.

Will formal and legal steps be taken with regard to the Polish coalition? We asked the secretary of the Supreme Executive Committee of the PSL about it. – No. We are not political cannibals. We will see how it turns out. For us, voting to block the (European – ed.) Budget is voting for a creeping polexit – replied the deputy chairman of the Sejm.

Kukiz himself does not rule out changing political partners. However, he still has the same demand: it is to “almost immediately” implement at least some of the demands he’s been talking about for years. It’s about single-member constituencies, referendums, justices of the peace, as well as jurisdiction and anti-parliamentary law. – At the moment I had no such proposals (to carry out the postulates – ed.) – said the musician.

Kosiniak-Kamysz: Sovereignty goes hand in hand with the rule of law
RMF