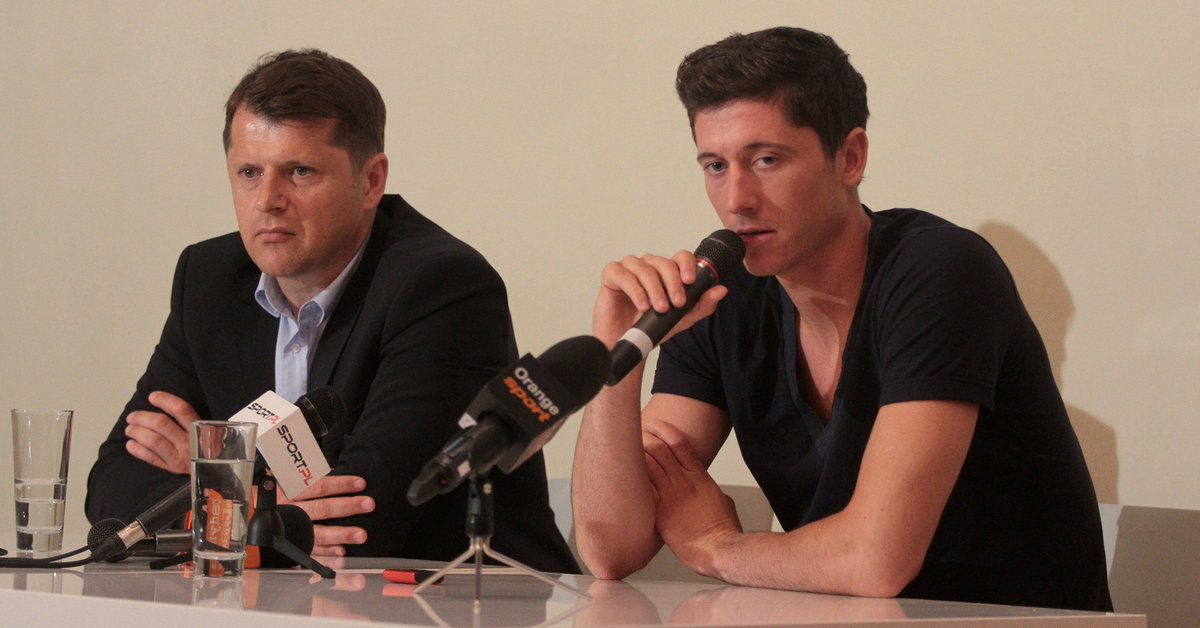 The echoes of the conversation, and actually a few seconds of silence from Robert Lewandowski after the meeting with Italians (0: 2) about Jerzy Brzęczek’s plan for this match, have not yet fallen well, the captain of the Polish representation got up again the stand. On Thursday, “Bild” wrote another act about the protracted conflict between the player and his former collaborator Cezary Kucharski.

The German daily published a recording of Lewandowski’s conversation with Kucharski, confirming that their conflict started in 2018. We present the full transcript of the conversation:

Cook’s: Robert, don’t blame me for thinking only about myself now. When you tell me something like that, you communicate … You told me a year ago in the “case” of the contract extension.

Lewandowski: Well, from then on it was in such a state of limitation.

Cook’s: We don’t have a deal. But just to be clear. I’m not going to make any move now that will work against me. So don’t blame what will happen.

Lewandowski: But what do you mean?

Cook’s: For example a solution … Leaving your company.

Lewandowski: You wanted to get out of this company yourself. You suggested it yourself.

Cook’s: No no. Robert, but I want it anyway, right? However, it won’t be painless like Kamil or you imagine. So you never have to blame me for taking care of my business. After what you’ve told me, I won’t have any feelings about what I’m going to do. And you know what you don’t accept in your life. That at some point you can stumble and get huge problems out of it. Because you don’t realize it at all. Because let me tell you, you have weak people. I am going to show you later what the consequences are of the actions of your people. But I’m just asking you not to blame me for doing it without any scruples.

Lewandowski: So what, are you threatening me now?

Cook’s: No no no. I’m not threatening you. No. Robert, don’t get me wrong. I’m just going to fight for my business now.

Lewandowski: What is your interest in the company or something else?

Cook’s: I used to represent you at the expense of my own interests and my family. But now, even more after what you said, I won’t … And see, I don’t want to hurt you, even though what you say and the way you say is extremely painful to me.

Lewandowski: And what consequences are you talking about?

Cook’s: Robert, if I didn’t want to tell you on the phone. I wanted to prepare and I will prepare myself. Or I will enforce my rights.

Cook’s: Robert, I’m not telling you now. I’m just telling you, I’m not doing you wrong. But if you are in trouble in the future, don’t expect me to help you. Because it seems to me that at this point, after what you say, I am under no obligation to fix some things for you in the future.

So the whole scandal would start in 2018, when the collaboration of both parties ended. Lewandowski informed his old agent that his time at RL Management was also coming to an end. Lewandowski’s former agent was to threaten the player in exchange for revealing all of his tax machinations. In exchange for the silence, Kucharski demanded 20 million euros. He is said to have consulted this amount with Rafael Buschmann – a journalist from the German magazine “Der Spiegel”, to which the captain of the Polish national team replied that his former colleague had spoken to a man who did not know the case and laughed at some of Kucharski’s threats. .

In the publication on October 29 of this year. on the “Business Insider” recording, which can be heard below, Kucharski would present his offer to the footballer. – What are we talking about emotionally? “Lewy” asked. “This is 20 million euros,” replies the former manager, making sure that “this is a bit worth your peace of mind, right?” Lewandowski responds resolutely: “Zero euro, zero zloty”. When asked what he actually wants the money for, Kucharski claims he will “spend the rest of his life hiding that the footballer and his wife are tax frauds.”

Lewandowski reported the matter to the prosecution, and Kucharski was arrested and questioned, and then charged. Preventive measures were taken in the form of a property bail of PLN 4.6 million, a ban on approaching and contacting the victim and his wife, a ban on leaving the country in conjunction with tracking of a passport and police surveillance.

According to “Bild”, the Warsaw prosecutor’s office also plans to question Buschmann, although the official letter in this case has not yet been received. As for Kucharski’s possible collaboration with “Der Spiegel”, the data is being analyzed in the laptop seized at the end of October during the detention of the former Lewandowski agent. The Bayern Munich player’s lawyers have even handed over a confidential letter from Kucharski to the editorial board of “Der Spiegel”, which will serve as additional evidence in the case.

It will be on the pages of “Der Spiegel” in September and October of this year. Buschmann published three articles on alleged tax irregularities in Robert Lewandowski’s accounts. As a result, the conflict between the footballer and his former agent flared up in the media. Rest assured that the footage released on Thursday is not the last installment of this war.