10 thousand taxpayers escape from IMI this year even more 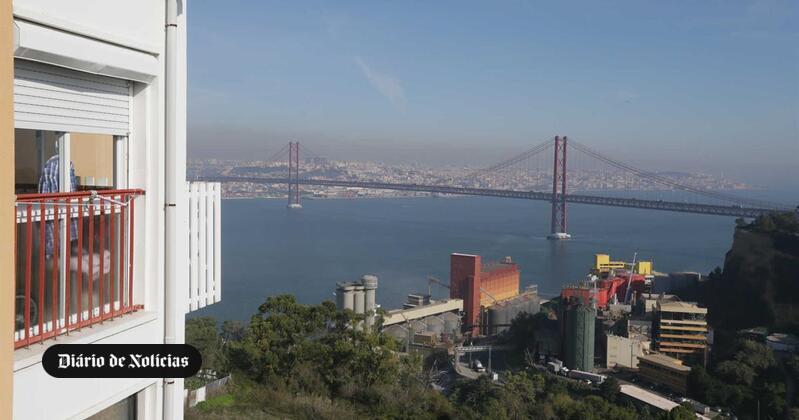 The addition to the municipal tax on real estate (AIMI) reached 201 217 employees this year. There are ten thousand fewer than last year and, in the beginning of this decline, is essentially the largest number of couples that this time the tax authorities have announced that they have opted for joint taxation – allowing them to double from 600 thousand to 1, 2 million euros the amount exempt from this tax.

Founded in 2017, AIMI is paid in the month of September, and private taxpayers who bring together a group of buildings whose tax value (VPT) exceeds 600 thousand euros and companies with real estate related to housing or building plots.

In reply to DN / Dinheiro Vivo, an official source at the Ministry of Finance said that of the more than 201,000 liquidation bonds sent until 23 August, 61 438 were addressed to companies and 13,208 to private individuals. The majority (126 571) corresponds to the so-called "entries", ie with properties for which the land use matrix has not yet been updated and is not linked to the NIF of the owner.

The same official source adds that the decline in the total number of settlements compared to last year "is due to the increase in the number of married taxpayers or in a union that opted for joint taxation in 2018, plus those who had already exercised this option in 2017, in accordance with the provisions of the State Budget Act for 2018, which held the option that these taxpayers exercised in 2017 valid for 2018. "

After last year, many taxpayers leave the deadline for filing that statement (which must be done between April 1 and May 31), the government decided that the statement should no longer be filed every year.

Among those who made the declaration for the first time and those who did so in 2017, 8011 are married and united in fact to opt for joint taxation. Conversely, as regards unincorporated inheritances, there were fewer heirs this year to inform AT that they intended to have calculated AIMI with its share in the estate.

In 1857, 1857 statements of these inheritances were delivered without shares, and were confirmed by 4475 heirs. This year only 2834 confirmed their share.

The government estimates this year to raise 131.4 million euros with AIMI

The government estimates this year to raise 131.4 million euros with AIMI. The figure is slightly lower than in 2017, because this year more couples escape the tax payment, and also because the state budget has removed the cooperatives for housing and construction, residents' associations and apartment buildings.

In addition, TA has created conditions for taxpayers to update the building blocks, allowing them to be ceased to be taxed as "bookings" and to be taxed with the deduction of 600 thousand. applied to individuals.

"The estimated AIMI revenues for 2018 amount to approximately 131.4 million euros, resulting in a variation in 2017 on the increase of one-off taxpayers with combined tax, of the changes introduced by the Law of OE 2018 regarding the taxation of cooperatives for housing and construction, associations of residents and apartment buildings and reducing the number of entries by identifying their NIF, and thus benefiting from the deduction "in the IMI code, establishes the same official source.

The IMI supplement works differently from individuals and companies. In the case of private individuals, a deduction of EUR 600 thousand is permitted and a percentage of 0.7% is applied to the part of the VPT that exceeds this value. If the VPT exceeds one million euros, the applicable rate rises to 1%. Those who opt for joint taxation can double those amounts.

The tax authorities also allow married people in the Community rules of acquired persons who do not choose to be taxed jointly, to issue a declaration in which they have the ownership of the property of each of the elements of the couple and those of the community. Identify property. This declaration must be submitted between 1 April and 31 May.

For companies, all property related to services, commercial or industrial activities is excluded from AIMI. Those who are identified as housing (and land for construction) pay a fee of 0.4%, and there is no deduction.