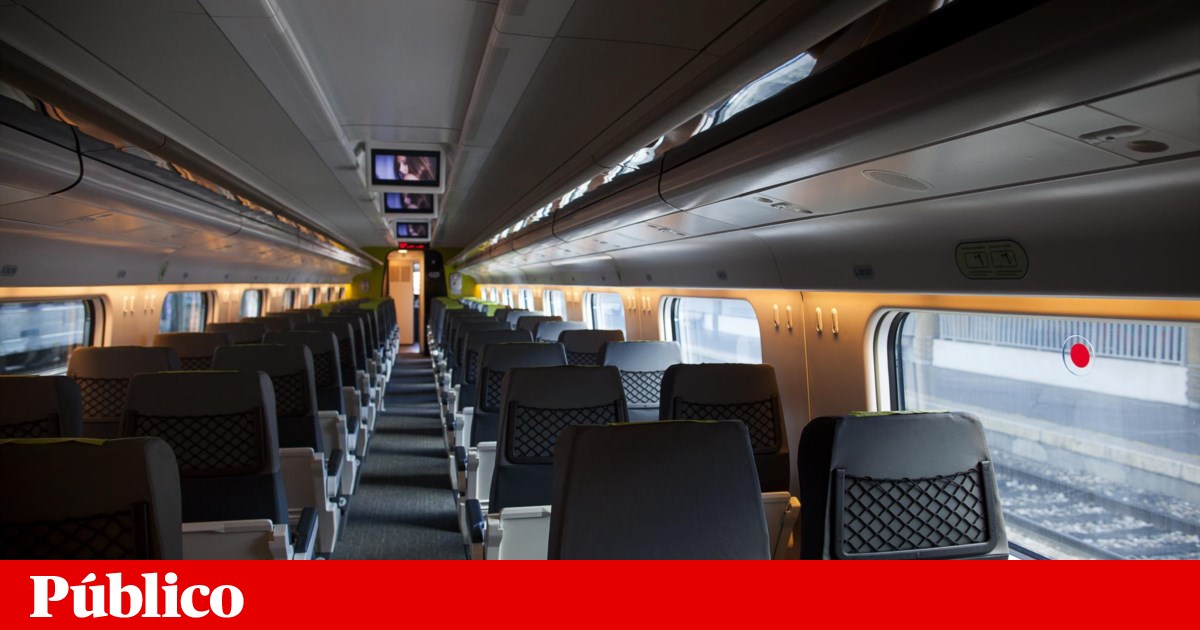 An Alfa Pendular running from Lisbon to Braga did not end up at the destination because of a serious mistake in one of the rounds that could have caused a derailment.

The bearing of the axle box was seized and the drive shaft on which the wheels were placed melted and almost broke. If this had happened, the train could be derailed.

The incident happened on 11 September with the Alfa Pendular nº133, leaving Santa Apolónia at 16:00 to reach Braga at 17:30. But in Campanhã, the crew warned of the smoke that the wheels left behind, the driver, after seeing that the ashes were glowing, took the decision that could eventually save lives – the Alfa did not travel and gathered in the offices of Contumil, with passengers who travel to Braga on another train.

The CP and the GPIAAF (Office of Prevention and Investigation of Air and Rail Accidents) have already opened an investigation into what is considered a near-accident.

The causes are therefore undisputed and can be caused by non-enforcement or exceptional reasons that can not be foreseen. Pedro Conceição, a railway maintenance specialist who was once a member of EMEF, told PÚBLICO that "cold rolling is a phenomenon that can happen at any time, even when maintenance is perfect and can even happen with new bearings … it is sufficient that they manufacturing defect or have been subjected to bad use ". That is why the importance of hot box detection systems located along the railway line and identifying wheel temperature increases as the trains pass.

In Portugal, however, such equipment, which falls under the responsibility of the infrastructure manager (Infraestruturas de Portugal), is deactivated.

Pedro Conceição says that the tools are of fundamental importance to prevent problems like with the Alfa Pendular last week. And it has happened in the past that detectors have identified problems in the wheel sets and have collected the trains to the workshop for inspection of the control of the bearings.

"Unlike the more recent trains, the Alfa Pendular, a technology from the 90s, does not have an abnormal temperature detection system to detect a problem of this type," he told PÚBLICO. "The latest equipment is already equipped with ABS sensors for measuring trains that have already embedded the detection system for hot boxes, but not the slings."

EMEF's sources contacted by PÚBLICO, but who asked for anonymity, acknowledge that the company's logistics have not been able to respond to parts requests for several years and that the lack of transversity is common to all of the company's workshops. EMEF has 11 national workshops, but the lack of spare parts is greater in repair shops.

On the other hand, the teams are under heavy pressure to release quickly immobilized trains, which can lead to wrong decisions, such as placing a bearing that has already exceeded the expected lifetime limit.


PÚBLICO referred a number of questions to the COP on this issue, including what measures were taken to verify whether there were risks in the remaining number of commuters, but the company merely replied that "the Alfa Pendular is subject to meticulous maintenance by part of EMEF, in accordance with the highest quality standards, in particular with regard to road safety. "

Infraestruturas de Portugal (IP) also did not respond to PÚBLICO's questions about the deactivation of hot-line detection systems installed on the railway. The company explained only that these systems were installed in the 2000s and that the process "took into account the movement of freight trains so far in combination with the infrastructure features that increase the use of braking systems and consequently the use of stumps in the wheels. ".

The IP further states that "the hot box detection system is complementary / additional to the safety of the rail system and a process is underway for the installation of new equipment with technology that is compatible with current reality and covers the entire national rail network" .