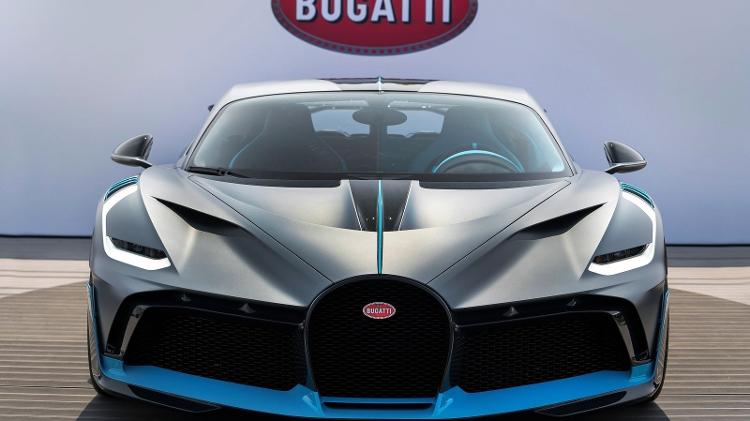 Only 40 units are produced – and they have already been sold

Bugatti uses another edition of the Pebble Beach event in Monterey, California to unveil his newest super sport, the Divo.

Based on Chiron and limited to the production of 40 units, it was presented by Stephan Winkelmann, the global CEO of Bugatti and the former Lamborghini boss, for a price of 5 million euros (about R $ 23.9 million).

How is it going?

The Divo was born with a proposal unlike Chiron's: the goal of the engineers was to create a car with better cornering performance – in Chiron's case the proposal is to top luxury and & # 39; the world's highest top speed for a production car in series.

In theory, a Chiron can reach the target of 300 miles per hour without any electronic restrictions, ie more than 480 km / h because it has the right tires. But this is something that can hardly be seen.

To make the Divo lighter than the Chiron (about 35 kg), Bugatti chose to apply lighter wheels and intercoolers with carbon fibers. In addition, he eliminated object carriers, installed a lighter sound system and removed part of the cab insulation.

The name Divo is a tribute to the French pilot Albert Divo, winner of two editions of the Italian race Targa Florio on board a Bugatti Type 35.