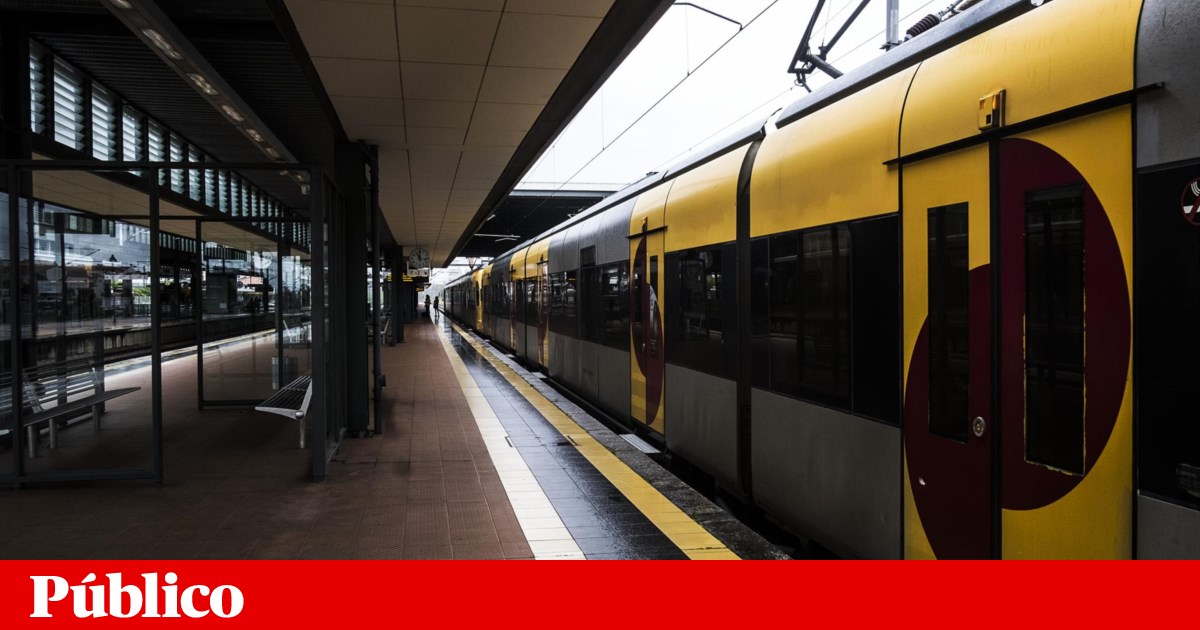 The president of CP, Carlos Nogueira, has admitted the strategic partnerships with Renfe on Monday [operadora ferroviária espanhola]"In the context of the liberalization of the railway market in 2019, which requires" to be more competent ".

Speaking to reporters, after a visit to the EMEF workshop – Maintenance of railway equipment maintenance in Lisbon, the official noted that the liberalization of the market "is already tomorrow," on January 1, 2019, and only "those who have good" arguments that are competent, who has good performance and the management conditions will remain on the market ".

The government "can not do much, can not protect the sector, DGcom does not [direcção de concorrência da União Europeia]"So CP" must do its best, "said the CP chairman, with a list of" strategic partnerships with Renfe, better rolling stock, motivated and focused staff and tuned. "" We have to be more competent, "he said.

The manager also ensured that "the CP who was at that time the government, the shareholder, the board, the framework, Determine how the & # 39; incumbent & # 39; CP will treat when the market is open, according to European rules.

Referring to the information provided by the Secretary of State for Infrastructure, Guilherme W. d & # 39; Oliveira Martins, Carlos Nogueira gave the price base on the spot for "strengthening the rent between six and ten compositions" and taking into account the current 350 thousand euro per unit "as long as necessary for the new compositions, in the context of the international competition that will be opened". So while maintaining these values, the rent of a maximum of ten trains can total 3.5 million euros.

The president of CP also commented on the need to comply with the bureaucratic aspects of the processes, as well as the "very robust portfolio" with orders from machine manufacturers, so "CP will come in line". "We have trains for three or more years from now [novos]"He added.

During this period, "it is important to strengthen the rent that has to be with Spain [distância entre carris] Iberian "and is the only country that supplies diesel trains, because" about one third of Portuguese infrastructure still needs to be electrified ", he added.

He stressed the importance of strengthening the maintenance and repair component "in view of the aging of the rolling stock". "We have diesel equipment, we have make-up at age 62 and we have our remaining diesel in the 50s. It's a long time and requires permanent and continuous maintenance," the official said, adding that the "problems not of today ".

The rental of the Spanish operator Renfe will be honored by the budget of the CP group, which has planned 42 million euros this year for investments and maintenance of trains. The lease contracts must last between two and three years.

Government signs "divestment in the CP group" in the past

The Minister of Infrastructure, Guilherme W. d & # 39; Oliveira Martins, present at the visit, referred in the past to the "divestment in the CP group" and reduced between 2010 and 2015 with about one third of the employees.

The president predicted that the consequences of hiring 102 employees for EMEF – Rail Maintenance Agency would be in October and that decisions in the rail sector would reflect the "previous years of disinvestment, ie from 2015".

By ensuring that rail transport is a "priority" for the executive branch, the Minister called the infrastructure interventions under the Railroad 2020 program, as well as the rental of rolling stock, the first of which is diesel trains early next year ".

The tender documents for the launch of the tender for the purchase of new trains are still being prepared, which "will be launched in the coming months", the State Secretary added, recalling that the latest acquisitions date from the suburban ports of Porto in 2002 .

Regarding the replacement of schedules, Guilherme W. said that Oliveira Martins will take place in the Cascais line in September, while in the Sintra line the calendar refers to October and in the west to November. The changes are justified by the needs and maintenance of rolling stock.

EMEF will have autonomous units with Medway and Metro do Porto

EMEF, 100% owned by CP, will create autonomous units with partners such as the Medway group, ex-CP Carga and Metro do Porto, Carlos Nogueira also announced.

"It does not start, it creates autonomous units, with partners, as we do with Medway, the MSC group" and also with the Metro do Porto, said the manager, who remembered that if you follow the model of groupings complement of companies approved by the government.

This model is meant to "protect [da EMEF], maintaining jobs and preserving the sustainability of EMEF (…) It will not start, no jobs will be threatened. There is a responsible attitude, based on a well-thought-out management rationale, which is well expressed and which will have very positive effects at all levels, "according to the leader.

Carlos Nogueira noted that the new 102 hiring for EMEF gives an "effective increase in the capacity of repair, which must be on time so that the trains can circulate".

The manager pointed out, however, that "do not cut your fingers and EMEF comes in" new recruitments. "You have to recruit, select, allow and train at work"Since the country has no specialized workforce, the president stated, in addition to the company that registered many outgoing employees, among the long contributing careers, noting that the lack of competitiveness in terms of wages nor does it bring workers in the private sector to EMEF.

"This is not a shame, as it is," said Carlos Nogueira, who said that these situations are communicated to the shareholder who is "the boss in the companies and the administrations follow the strategic guidelines of the shareholder".


The shareholder is also "who appoints the administrations and who rejects the administrations", the leader added and ensured that "so far no resources were lacking, neither financially nor humanly". "The problems are presented and solved," he said. It is the PC's duty to meet the goal of "ensuring safe passenger mobility, which is a fundamental benefit of this business".

After a visit to an EMEF workshop, the manager also noted that "it is inevitable to tinker with schedules when there is no rolling stock" and that companies have to adjust the business model.

"The blanket is short and miracles we still do not know in CP. Impossible let's do it …" he concluded.