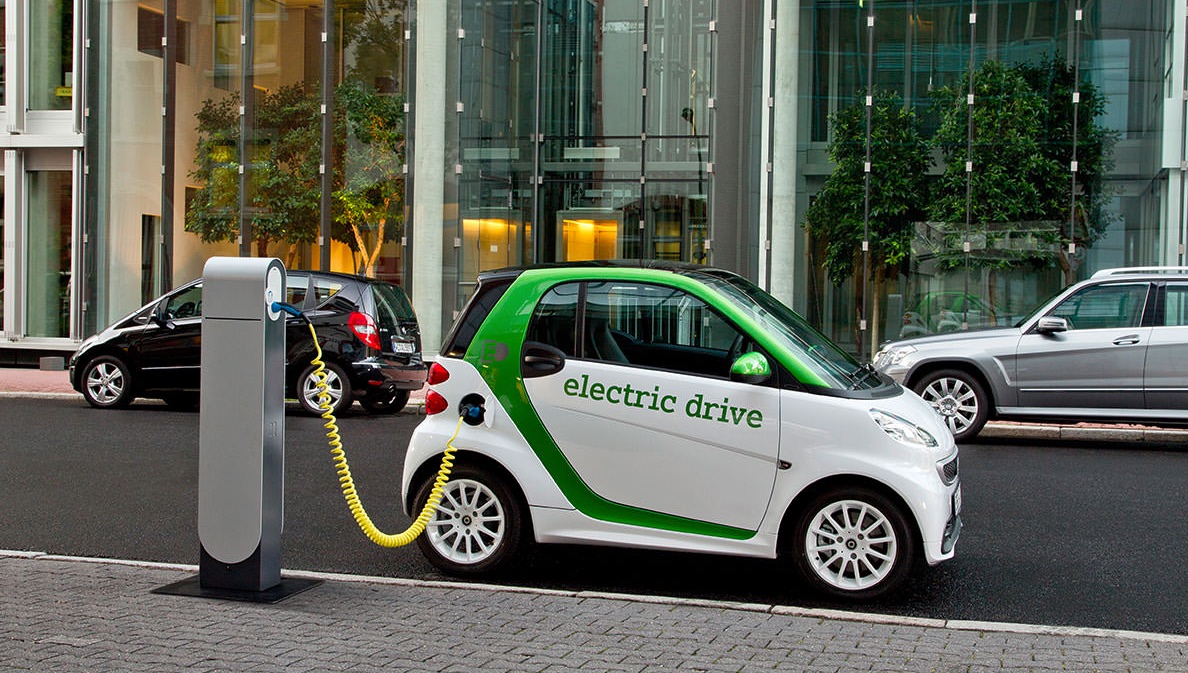 The electric car market remains timid but there are a number of interesting targets that have been hit. According to recent data, 195 thousand electric cars were sold in the first half of this year, including the electric vehicle battery (BEV) and hybrid plug-in (PHEV).

Taking into account the sales of the past semester, the European market happened to have an accumulated value of more than a million electric cars. 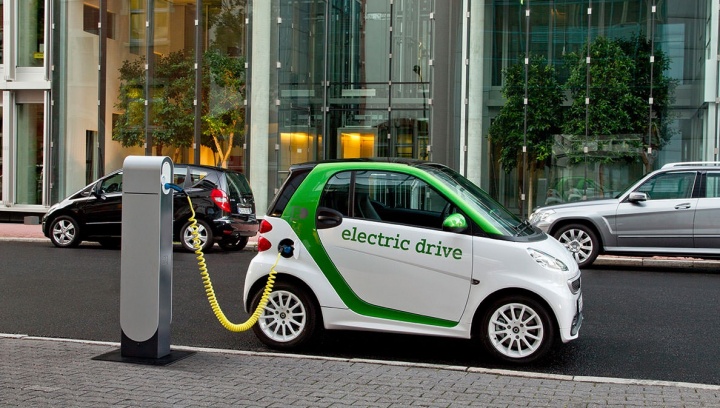 The data comes from the EV Volumes consultancy company, which shows that the sale of electric vehicles in Europe has increased. According to the data, 195 thousand electric vehicles (BEV and PHEV) were sold between January and June 2018, an increase of 42% over the same period last year. The total is expected to reach 1.35 million by the end of the year.

By 2017 China reached the limit of one million and estimates indicate that the US can reach this goal later this year.

Norway is the market leader in the field of electric vehicles

According to the study, Norway continues to lead the market for electric vehicles. According to available figures, 36,500 copies were sold in that country alone in the first half of 2018 (37% of all cars sold during this period).

The prognoses indicate that 84 thousand units were sold by the end of 2018. It should be noted that the Norwegian government offers a number of advantages for those who want to purchase electric cars, such as free parking and even allow them to run on bus lanes. 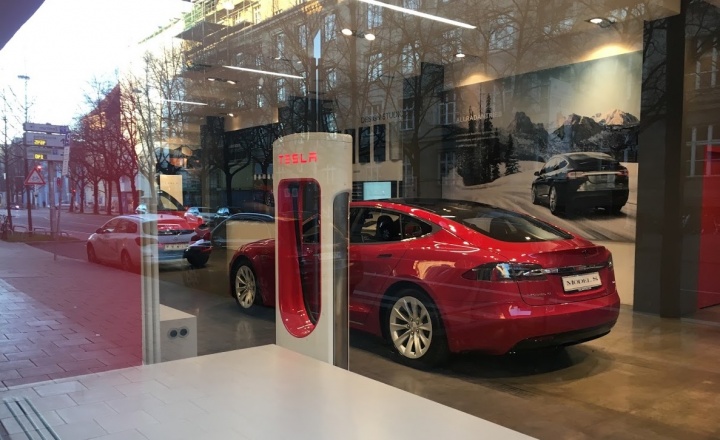 Germany appears in the second position, followed by the United Kingdom, France and Sweden. It should be noted that the sale of electric cars represents only 2% of the car segment. Portugal appears at position 12, in this TOP 15. 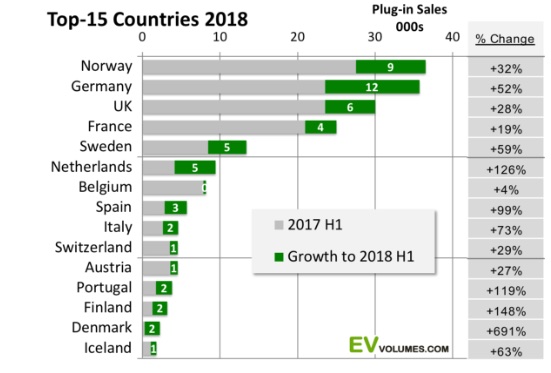 Sale of electrical appliances in Portugal …

Sales of electric vehicles nearly tripled in Portugal between January and April. In the same period of 2017 there was an increase of 170.9%, for a total of 1,184 vehicles, according to data from ACAP – Automobile Trade Association of Portugal,

It should be noted that the government has maintained the incentive for 2018 that can be 2250 euros for the purchase of 100% electric cars, while those who buy two-wheeled vehicles will receive 20% of the purchase value, with a maximum of 400 euros. . The total allocation is EUR 2.65 million.