How the leadership of PS Centeno protected against the "friendly fire" 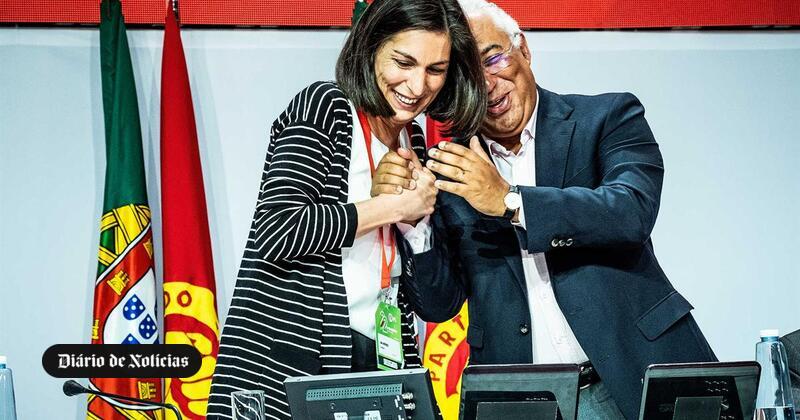 It was the militant of PS Maria Alda Guedes who in the comment field on the Facebook page of MP João Galamba made the best synthesis of what the Socialist summit thinks about his criticism of the video in which, as president of the Eurogroup, the Portuguese minister of Finance, Mario Centeno, welcomed the end of the assistance program for Greece.

"I did not like Comrade's comment [João Galamba] about Centeno. The right wing of the party should not be us! ", Wrote the socialist militant – and Galamba did not answer.This is what PS leadership – starting with António Costa – thought about the chatter Galamba: that, two months after the start of the discussion of the state budget and a year of parliamentary elections, everything is a priority, except to weaken the position of Mário Centeno.

Ana Catarina Mendes, deputy secretary general of the Socialist Party – and as party's chief operating officer – set out on her Facebook page yesterday to tell the party the right line of reasoning: "Mário Centeno, Minister of Finance and President of the Eurogroup, has done extraordinary work in the recovery of our economy, with rigor in public accounts and the acquisition of credibility in companies, families in Portugal and the European institutions. "

Shortly thereafter, he added: "Portugal is today chairing the Eurogroup for the work that this government has done so that Portugal can develop with quality and more opportunities for everyone".

So while it is true that "Greece has had very difficult times", it is also worth noting that, as Centeno said in his video, "the news about the departure of financial aid is good news". On the one hand: "for Greek citizens"; and secondly by being able to look at the future with more sensitivity and more confidence & # 39 ;, something that already shows economic data & # 39 ;.

To the positions of Galamba, Ana Catarina Mendes emphasized: "I do not defend, I will never defend the sobriety imposed by the European institutions on the states, such as Portugal." An understatement followed by a reservation, again in defense of Centeno: "Today, to welcome this exit, you have to realize that a new future is being drawn in Europe, that the reform of the euro zone is being imposed and that solidarity is more important than the austerity! "

Yesterday the first criticism of Rwene's message of the Greek Yanis Varoufakis (whose frontal battle against the economic orthodoxy of the Eurogroup cost him six months as minister of finance of the government of Alexis Tsipras). Galamba followed. And then the left block, especially through José Gusmão and Mariana Mortágua. The PCP has also expressed criticism. And on the right, in the PSD, there were also people who exploited the case (Miguel Morgado, António Leitão Amaro and View full profile), although the party leadership has not been officially pronounced.