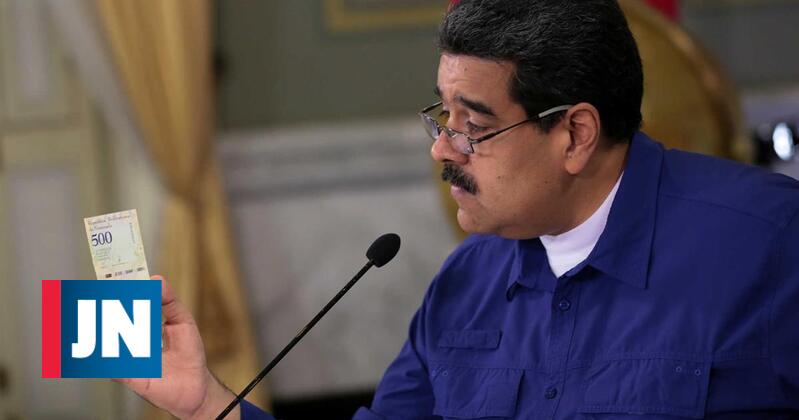 From Monday night at midnight there is a new currency in Venezuela, the sovereign bolivar (Bs.S), in circulation, the result of a controversial monetary conversion in which five zeros from the current strong bolivar have been eliminated.

The reconversion is part of an economic package that the Venezuelan president Nicolás Maduro says to stabilize the economy of an oil-producing country that has officially been "a state of emergency and economic emergency" since 2016.

On the other hand, the country will also have the crypto Venezuelan currency petro, which will be the unit of account of mandatory use for all activities related to the oil activity and whose value will be indexed to the value of the international price of a barrel of crude oil. oil and will be based on the reserves of various natural resources such as oil, gold, diamonds and natural gas.

Maduro determined that August 20 – the introduction of the new currency – is considered a holiday.

The reconversion and use of petro, which analysts associate with the application of a dual system such as in Cuba – with the Cuban peso that is only valid on the island and the convertible peso, valid for exchange for foreign currency – is part of a economic package.

This package includes rising fuel prices that correspond to international values, a measure that is challenged by the population and that has prompted the government to announce the allocation of subsidies for the purchase of petrol to those who register in advance and have the designated persons . "homeland card", promoted by the United Socialist Party of Venezuela (PSUV), the ruling party.

From Monday there will also be a new exchange rate control system, which will no longer be based on the US dollar, which has to be indexed to the petro and that replaces the legislation that has existed since 2003.

This change determines the local price of the products, which are no longer linked to the Bolivar to be made by the executive branch on the basis of the Venezuelan currency.

The government promises sobriety and zero deficit in the budget and increased VAT from 12% to 16%, destroying the consumers and basic living needs of the population, such as food, medicines and materials to the agro industry, and important financial transactions will be calculated to pay between 0 and 2% of the tax on the value thereof.

Several Venezuelan economists have already expressed concern about the announced measures that they believe will contribute to rising inflation in a country that is already experiencing hyperinflation and that according to the International Monetary Fund 2018 will end with a cumulative annual increase of 1,000,000%.

Economists agree that the economy is indexed to the international oil price, but they dispute that the trust of petro, which they say, is not recognized outside the country.

They agree that monetary reconversion and economic measures will cause confusion among consumers in the coming days, especially in the private and commercial sectors, and warn that there are factors that can lead to an "environment of aggressive devaluation" and to a "more aggressive environment". hyperinflation ".

Small and medium-sized traders in Caracas, including the Portuguese, are worried about the economic switchover that will eliminate five zeros from Monday to the strong bolivar to convert them into the new currency, the sovereign bolivar (Bs.S).

The fear extends to the entry into force of the new value for the minimum wage, which is increased 35 times from 00:00 on Monday.

"We do not know how to apply the reconversion (…) we have to make accounts to take five zeroes, if they were three, the figures went from millions to thousands. We are worried, uncertain," a trader told the news agency Lusa.

Leo Araguren, 45, is a member of a cheese factory, where he sells cheese and meat products, in San Bernardino, which has been closed since Saturday "until you see how prices will fall."

According to this trader, people complained about high product prices when the full minimum wage (with all taxes) was almost 5.2 million bolivars and automatically took three outs.

"There were customers who previously bought one kilo of cheese and now they only buy a little grated cheese for spaghetti, we do not have a big stock and the prices have changed almost every day, everything is going up in price," he said.

Another businessman, the curious Juan de Sousa, owner of a small supermarket, does not know how it will be with the entry into economic restructuring and says only that because it is a public holiday on Monday, he still does not know if he will open the doors his trade opens on Tuesday.

"I admit that I am afraid of what would happen, people are confused, they seem to be lost, there was a time when it lacked what was fundamental, and today there are people who struggle to even produce a fruit, a banana or some people ask for things and leave them in the box because they can not afford it, "he said.

"Worried, discouraged and hand-tied" is also the trader António Rodrigues, owner of a supermarket in Quinta Crespo Market, who was the target of a robbery last week, when the market was closed, where thieves needed more of the goods.

"I have family to love, I have no investments or savings in Portugal and I can not go anywhere." My company was best supplied with the type on the market, so much that a minister who spoke here for television, "he emphasized.

This emigrant, born in Ponta do Sol on the island of Madeira, has already asked the Portuguese authorities to get economic help to resume the company, which, according to him, will be difficult because of the political and economic crisis of the country.

Several people have told the Lusa agency that it is difficult to understand the economic measures that the Venezuelan government is implementing and that they hope to be accompanied by others who will stimulate the economy and improve living conditions in a country rich in oil. but where population becomes poorer. "

Venezuelans are "sad, worried and confused" about the government's decision to eliminate five zeros from the bolivar to turn it into a sovereign bolivar and raise the monthly minimum wage from 5.9 million to 180 million bolivars.

"Sadness, worries and confusion are the only words that exist to describe what we feel, this must be the only country in the world where no one is happy with a salary increase", said a citizen to Lusa.

She is 55 and living in Las Delicias, Caracas, Verónica Sanchez, a home worker married to a vendor of drinking water, has difficulty understanding what is happening and says: "They take five zeros in the medal and raise the minimum wage between 35 and 60 times, between 3,200% and 5,900%, depending on the exchange rate. "

Nervous and worried that the country "goes beyond hyperinflation" has used almost all the money it had to buy vegetables, food and other products.

"I believed that the land had already touched the bottom, but now I realize that no on Friday, after that [o Presidente da República] Nicolás Maduro announced that the increase in the minimum wage (from 5.9 million to 180 million bolivars strong) had to take a tablet for hypertension and had trouble sleeping, "he emphasized.

Carlos Hernández, a 60-year-old carpenter, used the traditional "parallel credit line" (in Venezuela, banks offer fast loans to double the value of credit cards, without affecting their availability) to buy potatoes, onions, pasta & # 39; s , rice and oats, which say they will rise in price and will not easily spoil if they are stored.

"It was the only thing I could do, because with the monetary conversion and the madness of this increase in the minimum wage, it forces us to think about how we can protect ourselves, but I've already spent the savings that lost value while everything goes up in price, "he said. .

On the other hand, he explained that within a few weeks they would end their food reserves and "take stock of life" to survive, predicting that "everything will become even more difficult than it already was."

The 30-year-old teacher, Naigualida Salazar, "has no words" to explain what the economic future of the country will be and says that the situation "drives to do what many comrades have done: emigrate to neighboring countries".

"A salary increase is a provocation every day." For a month and a half, doctors and nurses have protested and they did not have the resources to raise their salaries, and now they are suddenly raising salaries around the world. people and the government pay the wages of small and medium-sized workers for 90 days, there is no way to understand this, "he said.

The new minimum wage, announced on Friday night, equals 1800 sovereign quotes, the currency that will take effect from Monday, August 20, when the reconversion will eliminate five zeros from the current Bolivar.

"The minimum wage will [fixado] Venezuelan valutacrypto, 18.00 bolívares sovereign, "said Nicolas Maduro during a TV intervention of the Presidential Palace of Miraflores.

In practice, the salary increases by 3.214%, or 35 times. Product prices will also no longer be indexed to the US dollar, because that currency will no longer be a reference in the country and will be replaced by virtual petro.

As part of the new measures, VAT will go from 12% to 16% and large financial transactions will pay between 0% and 2% of the value added tax.

Under the announced measures, the Venezuelan government assured that it will pay the difference of the new salary of the small and medium-sized enterprises of the country for 90 days.