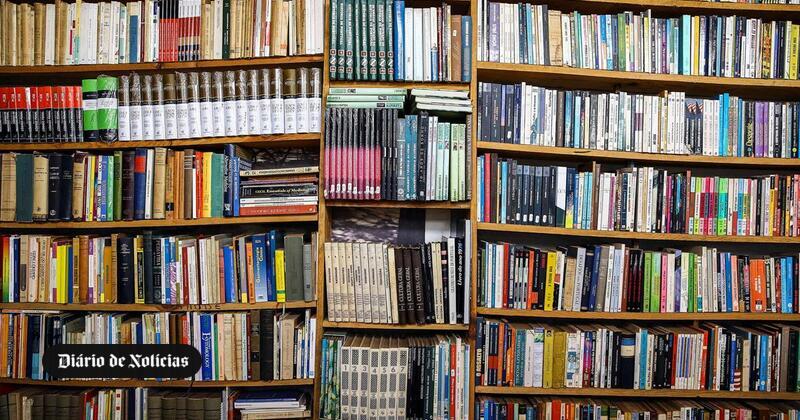 One in five bookshops in the database of the Ministry of Culture on the national network of books no longer exists and of the others the guardianship is only aware of a third party who meets the requirements for a bookstore.

In the last many independent bookstores are closed, some of them are historic, such as Aillaud & Lellos, Book House, Bulhosa Booksellers, or Pole of Books, all in Lisbon, as well as others such as Reading, in Porto.

Booksellers have denounced these closures and warn of the situation of suffocation by independent bookstores, calling for concrete measures to help their survival.

In this context, the Ministry of Culture has decided to investigate Portuguese bookshops and their location by direct inquiry, the last of which is 2017, according to the guidelines of the Working Group Bookshops, appointed by the Guardianship

In the database of books arias that the Directorate-General of the Book, Archives and Libraries (DGLAB) has 558 registers with bookstores, stationery, bookstores, stationery, in its various areas of expertise: alphabet, children, generalists, According to surveys conducted to the bookstores in the DGLAB database, 22% turned out to be "returned", meaning they were sent back to the Lusa region.

Moreover, of the remaining 438 bookstores only 189 – less than half – responded to the survey and of these "only 130 meet the basic requirements" for a bookstore defined by the working group. "

The official figures revealed by DGLAB are inferior to those made by the Portuguese Association of Publishers and Booksellers (APEL), which speaks in more than 600 bookstores.

" The only official figures we know and have are those of the INE [Instituto Nacional de Estatística] and these indicate stability. In the last five years (2012 to 2017) INE records indicate that approximately 630/650 bookstores have always been active, "APEL told Lusa.

APEL added that it was" naturally "attentive to what is about to happen with several reputable bookstores – which close or re-convert – and [têm sido feitas] calls attention to both the government and the local authorities, pointing out the difficulties the class is experiencing with the current incomes and the change in consumption habits of the Portuguese. "

However, the APEL did not mention any possible violation of competition law and the fixed price law by the large chain stores of bookstores complained to independent bookstores

. bookstores do not believe in the stabilization of APEL, such as Francisco Vaz da Silva, from the bookstore Gigões and Anantes, which assures that the closing movement of small bookstores, as well as publishers, has increased

Rodrigues, of the Leituria bookstore, confirms: " For my information they have closed many more bookshops than they have opened in the past 20 years. "

Nonetheless recognizing that some close and others are open, the official believes that ""

According to a study by the Center for Research and Studies of Sociology (CIES) of the University Institute of Lisbon, it is a big mistake think that everything is going well "commissioned by APEL, about the evolution of the book sector -" Bookstore in Portugal – State of the art in the second decade of the 21st century "- between 2004 and 2012 the number of book trade companies as main activity increased from 694 to 562.