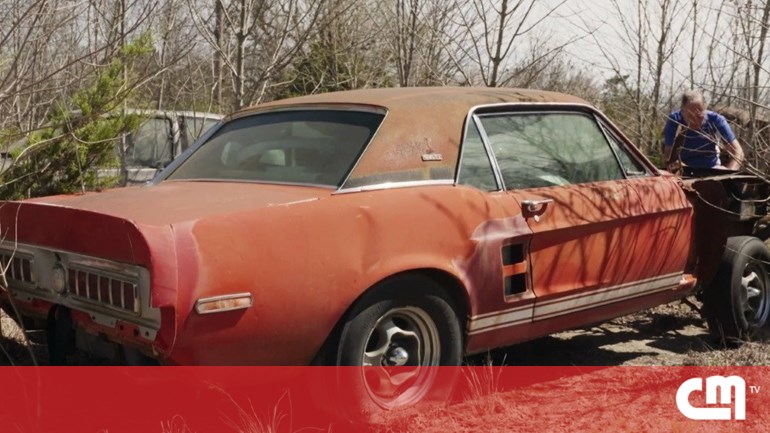 One of the most valuable examples of the Ford Mustang was found in a field. This is the Shelby GT500 EXP 1968, this is one of the two prototypes made in 1967 and missing for decades, as you can read in that machine.

The first, nicknamed "Green Hornet" because of the color of the bodywork, has recently been restored and brought to the auction. Unfortunately, his reserve price was so high that even an offer of $ 1.8 million could not take him home.

But soon there is a new opportunity for everyone who is interested in this model. The second copy has just been found in a field in Texas, in the United States. The Barrett-Jackson auctioneer, with the cooperation of Shell and Pennzoil, was responsible for finding this lost copy, now called the "Little Red".

As the pictures show, this Mustang was abandoned for a number of years without anyone paying attention to it, so he is in a bad state. He does not trust the lead and has already lost his iconic (and gigantic!) V8 engine, as well as the transmission.

The auctioneer has kept the details of this discovery well, but it is known that this Mustang came through the original Ford serial number, in contrast to the serial number that Shelby adds to all of its models. That is how they came to the current owner, who has maintained it for the past 20 years.

Certainly, for now, is that this copy has already been certified and verified by expert Kevin Marti and that will soon be restored to return to its original state. Nevertheless, despite the fact that unanimous experts know that this is one of the rarest Mustangs we can find, nobody knows for sure how much it can be worth. The only certainty is that the person who buys it has to pay over 1.5 million euros …