Only ten local accommodations have been closed since 2016 housing 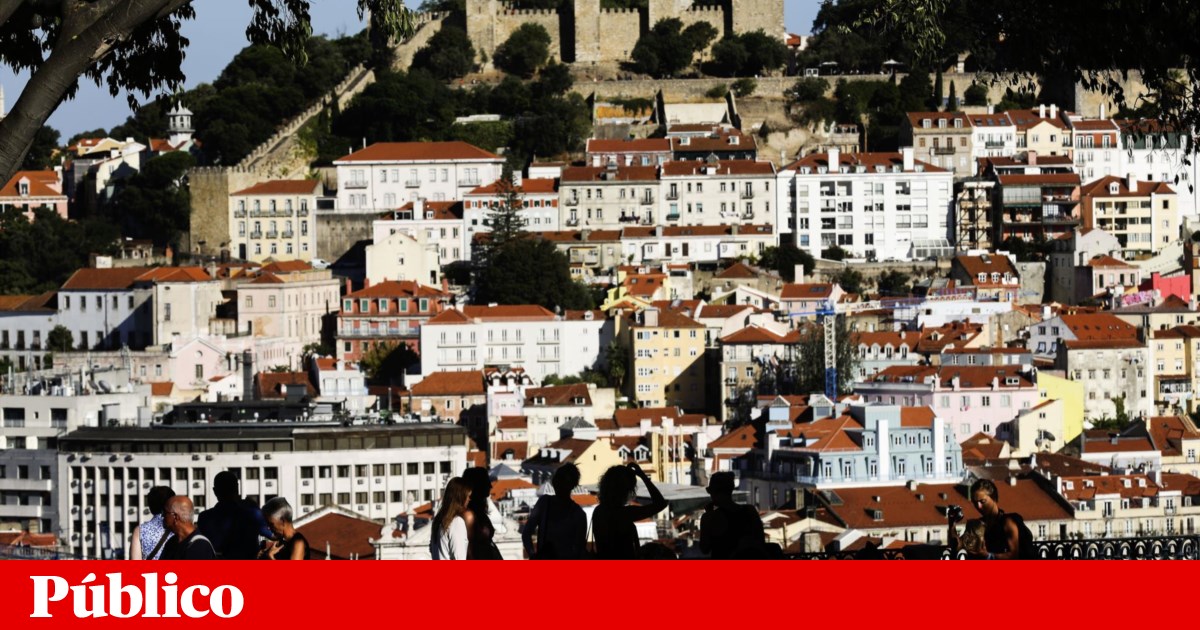 Over the past two and a half years, the Food and Economic Security Authority (ASAE) has suspended the activity of only ten local housing units (LA). According to the information available to the PUBLIC, two AN in the context of the inspection were closed in 2016 for 571 market participants, followed in 2017 by another 4 (1104 inspected operators) and another 4 in the first half of this year (247 inspected). operators). All in all, the ten suspensions in question represent 0.5% of the total number of inspections carried out during the reporting period.

The official source of the ASAE explains that the suspensions were based on non-compliance with the requirements laid down in the current legislation to be active on the market (Article 12), such as a direct window to the outside, in order to " to offer adequate conditions for conservation and operation ". of installations and equipment ", and the" absence of periodic inspection of the gas installation ".

Association of Local Accommodation "dissatisfied" with the issuing of new rules


The question of suspending the activities of an LA is now being given a new projection with the legislative amendments, which will enter into force at the end of October (60 days after the publication of the diploma in Diário da República, which happened yesterday).

According to the diploma, the meeting of condominium owners, "by decision of more than half of the perming of the building [ligado ao valor atribuído a cada fracção, com base em factores como a área]"And on the basis of a" reasoned decision, arising from the repeated and proven practice of actions that disrupt the normal use of the building, as well as causing inconvenience and affecting the rest of the condominium owners, "will" be able "to oppose the exercise of housing construction "instead of the aforementioned fraction".

The proposal came from the PS and the changes to the legislation in force (from 2014) were approved with the votes of the socialists, PCP, BE, PEV and PAN (PSD and CDS voted against). For PS deputies, the evidence from reports can be made as a violation related to acts that disturb the neighbors, and the analysis of cases to the mayor of the municipality concerned.


In the report that accompanied the replacement text – in the first version the condominium could veto the establishment of an AL – the PS says that the municipality will decide after "the parties have been heard and evidence of repeated practices that distortions in the condominium ". However, this process is far from consensual, with criticism from the association representing the sector, ALEP, the mayor of Lisbon, Fernando Medina, and representatives of the condominiums themselves.

PÚBLICO, the president of the Portuguese association of management and management companies (APECAG), Fernando Cruz, says he preferred a system of "prior approval of the majority of the general meeting of the condominium", in accordance with the original PS. Now, he says, the question is "a bit negative", with neighbors "calling the authorities" and "successive violations against sound or behavior", which is "almost a stimulus to conflict".

The problem, says the president of APECAG (one of the entities heard by Parliament in this legislative process) begins when "the concept of housing is not clearly defined in the title of horizontal ownership and tourism in local accommodation."


He then points out that it is not known how "the situation will be assessed by the local authorities", even because "it is not known what a de facto complaint is". "How often should the authorities be called upon to be justified?" Asks Fernando Cruz.

Paulo Antunes, CEO of Loja do Condomínio, one of the largest companies in the sector, is just as critical. "From a seemingly point of view, it seems a good measure," he adds, adding that "however, the factors that can justify the decision of the condominium are very subjective and can lead to completely arbitrary decisions, the increasing conflict between neighbors and the process. which in many cases is likely to reach the court. "This, he adds," causes significant damage to the development of the LA activity, but also to the condominium itself. "

"More seriously," says Paulo Antunes, is that the legislator "has opted to intervene in apartments by creating rules for LA, forgetting that these same problems exist with regard to rented accommodation and the other customs we have so often in our apartment buildings, such as services and commercial activities. "

Local accommodation still goes to vows before the holidays


On the question of whether there are a large number of complaints from condominium owners regarding disruptions caused by LA, Paulo Antunes says that these are "punctual" and that "the number of participations associated with improper use of fractions for activities that do not are practiced as well as the noise problems associated with activities such as catering. "

According to the law, and in case the local government gives cause for the complaints of a condominium, the activity of LA can be suspended for a maximum period of one year.

The administrator also criticizes the clause stipulating that the joint owners make the AL an "additional contribution corresponding to the expenditure arising from the increased use of the common parts, with a limit of 30% of the respective annual value of the respective quota. "may state that it is a" a discretionary solution that is difficult to apply because this law must be articulated with the existing one that regulates the horizontal ownership. "

At the level of the flats there are more changes, since the AL-holder has to give his phone contact to the neighbors, he is "jointly and severally liable to the guests for the damage caused by them in the building in which he is installed" and is obliged to a multi-risk liability insurance.

The local authorities have already filed complaints about the possibility of a suspension of an AL by the neighbors, with the mayor of Lisbon, Fernando Medina, claiming that the solution found is not very happy. "The House will have to have a very clear regulation in order not to create a source of disputes." If I close an unfounded LA, I have an action in court, "the Socialist Daily News.

Eduardo Miranda, president of the Association of Local Accommodation in Portugal (ALEP), also criticizes the diploma and declares that it is "again" to "push everything to court". At the PÚBLICO, the head of ALEP says that "one of the parties who obtains an opposing decision of the chamber can appeal to the court to destroy it".

ALEP, as well as the Association of Hospitality, Restoration and Similar Institutions of Portugal (AHRESP), is still opposed to another amendment, which allows municipalities to identify areas that are under greater pressure from LA and the respective creation of an inclusion area in which only new units previously approved by the municipality can be installed.

The diploma only stipulates that the limits imposed can "take account of percentage limits [do AL] in relation to the property for housing ".

In this case, the mayor of Lisbon fully agrees with the legislative changes and, after approval of the diploma, the DN has declared that he will freeze new registrations of LA in the areas Alfama, Mouraria and Castelo (parish of Santa Maria Maior, who also includes Baixa). and Chiado) as soon as the law comes into force.

For example, the mayor will apply a measure as provided for in the diploma, which stipulates that, prior to the introduction of its own regulations, and "to prevent the change of existing circumstances and circumstances from jeopardizing the effectiveness of the initiative", the rooms may suspend new registrations by reasoned decision of the municipal assembly. This suspension may take a maximum of one year, pending the entry into force of the relevant regulation.

For DN the mayor explained that after publication of the regulation "other zones" could be added. In Porto, according to an official source of the municipality, the municipality analyzes the problem, particularly by "mapping indicating the effective concentration levels" of LA.

New records are shooting in the center of Lisbon

However, changes in the law already have consequences in Lisbon, with some investors registering real estate before the law enters into force. The president of ALEP, Eduardo Miranda, even speaks in a "race to the registers" in some parishes of the capital. Looking at the data from the National Register of Local Accommodation (RNAL) collected by this association, in July 231 AL were registered in the parish of Santa Maria Maior (the proposed changes were known on the 13th of that month, with the diploma to be approved on the 18th).

An analysis by PÚBLICO shows that this number represents an increase of 165% compared to the previous month and 118% compared to the same period of the year, while in Lisbon the increases were 65% and 49% respectively (in the case of Postage). , the values ​​rise to 10% and 1.9%). The 231 registers of Santa Maria Maior correspond to more 698 beds available in the capital, and the majority (66%) was made by companies.


In total, according to data released yesterday at the RNAL, there are 3658 AL in Santa Maria Maior, representing 25.4% of the universe of this type of units in the municipality of Lisbon (73,377 are registered at the national level).

According to the new law, the same owner may not have more than seven AL in the containment areas identified by the chambers. For those who already have a higher number, the law clarifies that it can not only increase the universe of LA (otherwise, in general, the established is maintained: you can have no more than nine AL in the apartment modality for each building "If that number branches is more than 75% of the number of installments ").

There is another novelty: the LA registration number (in the case of houses and apartments) in the controlled areas is "personal and non-transferable" except in the case of a follow-up. Once a restricted zone has been created, it must be re-evaluated "at least once every two years" with notification of the result to Turismo de Portugal.