the Opel GT Experimental X is not just another concept – today they are generally no more than show car & # 39; sthat is, production models "loaded with make-up".

On the other hand, GT X is a manifesto on the future of the brand, a concentrate of visual and technological solutions that will guide future Opel, and also marks the beginning of a "new" Opel, now integrated into the PSA Group, the French automotive group with Peugeot, Citroën and DS.

Even with the "fashionable" typology, a compact SUV or crossover – only 4.06 m long – the GT X does not expect a direct production model, but gives strong indications about what may be expected of the future Opel. And of course the new visual identity is most obvious.

The style is more refined than in today's Opel, with designers unleashing the bodywork of the excess lines, edges and folds that mark today's car design, allowing the surfaces to breathe and "talk" – a cleanliness that the designers of the brand called the "visual detox" or visual detox. Thus the surfaces are smoother and full, but at the same time structured. Attention is also drawn to the efforts aimed at reducing the "cut" lines separating the different panels and contributing to the look clean.

We have already reported on the strongest elements of brand identity, the Opel Compass (compass), which structures and organizes the elements at the front, along two axes – vertical and horizontal; and the Opel Vizor (visor), effectively drive the new face of the brand, where it is integrated into a single module – a blackout panel of plexiglass, daytime running lights, LED optics, emblem, as well as cameras & sensors of the assistance systems. 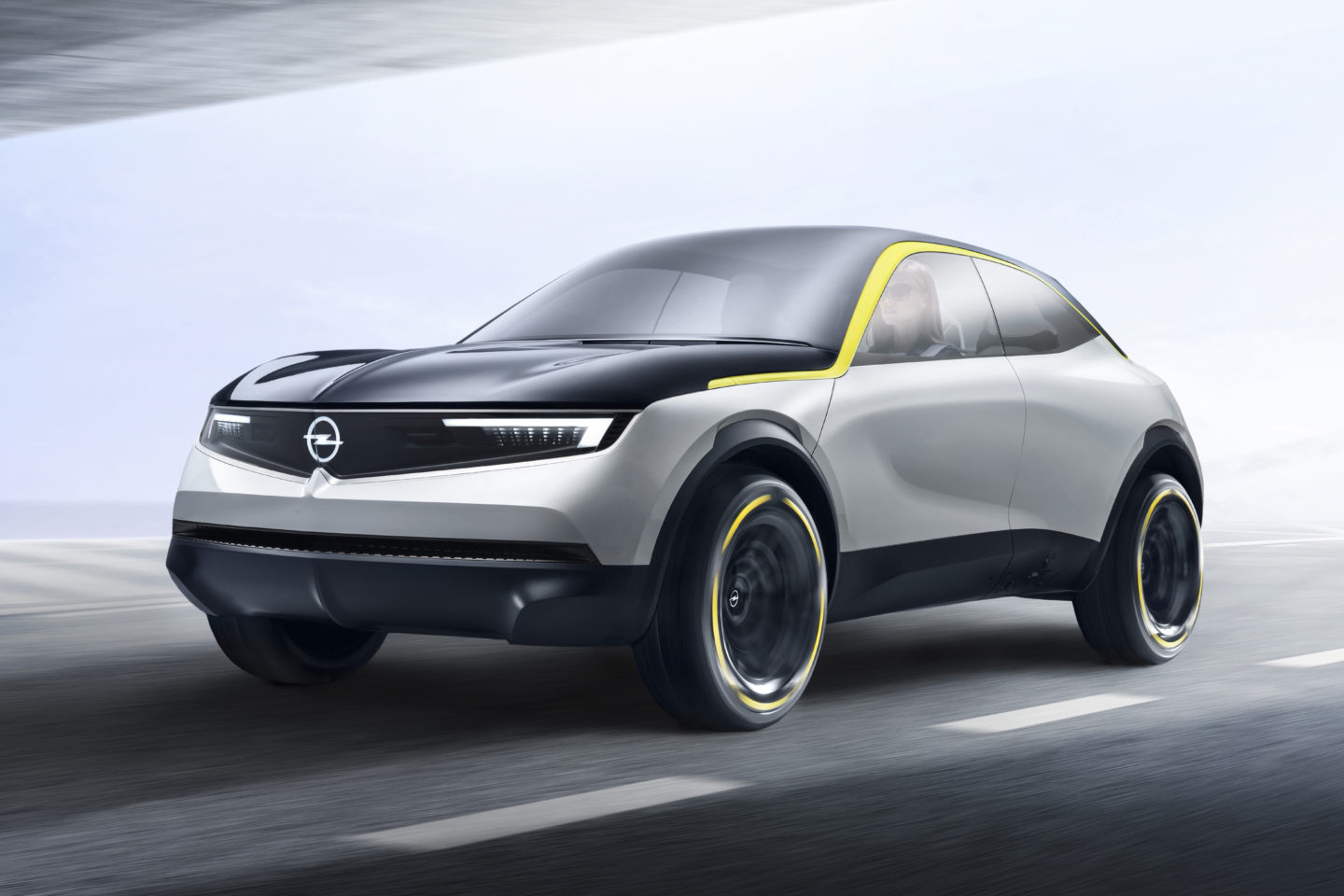 Three colors mark the body, with the main body in bright gray, the top and the ceiling – the blue (very) dark and graphic elements in a contrasting yellow.

You can notice influences from someone else concept from Opel, the compact and attractive GT coupé, in this new language of the brand, which can be observed when modeling surfaces and by the graphic element in the form of a line in a contrasting yellow shade, which delineates the glass surface , and serves as a separation between the upper and lower parts of the body, adding dynamics.

The end result is a vehicle that continues to express the visual robustness of this type of vehicle, but without falling into the exaggerated visual aggressiveness of today's cars.

The Opel GT Experimental X embodies our German brand values, accessible and exciting. It is an "accessible" prototype, in the sense that it represents a car with which people identify themselves. It has pure and striking lines and shapes, with advanced technology that simplifies use. This prototype clearly shows a promising future for the brand 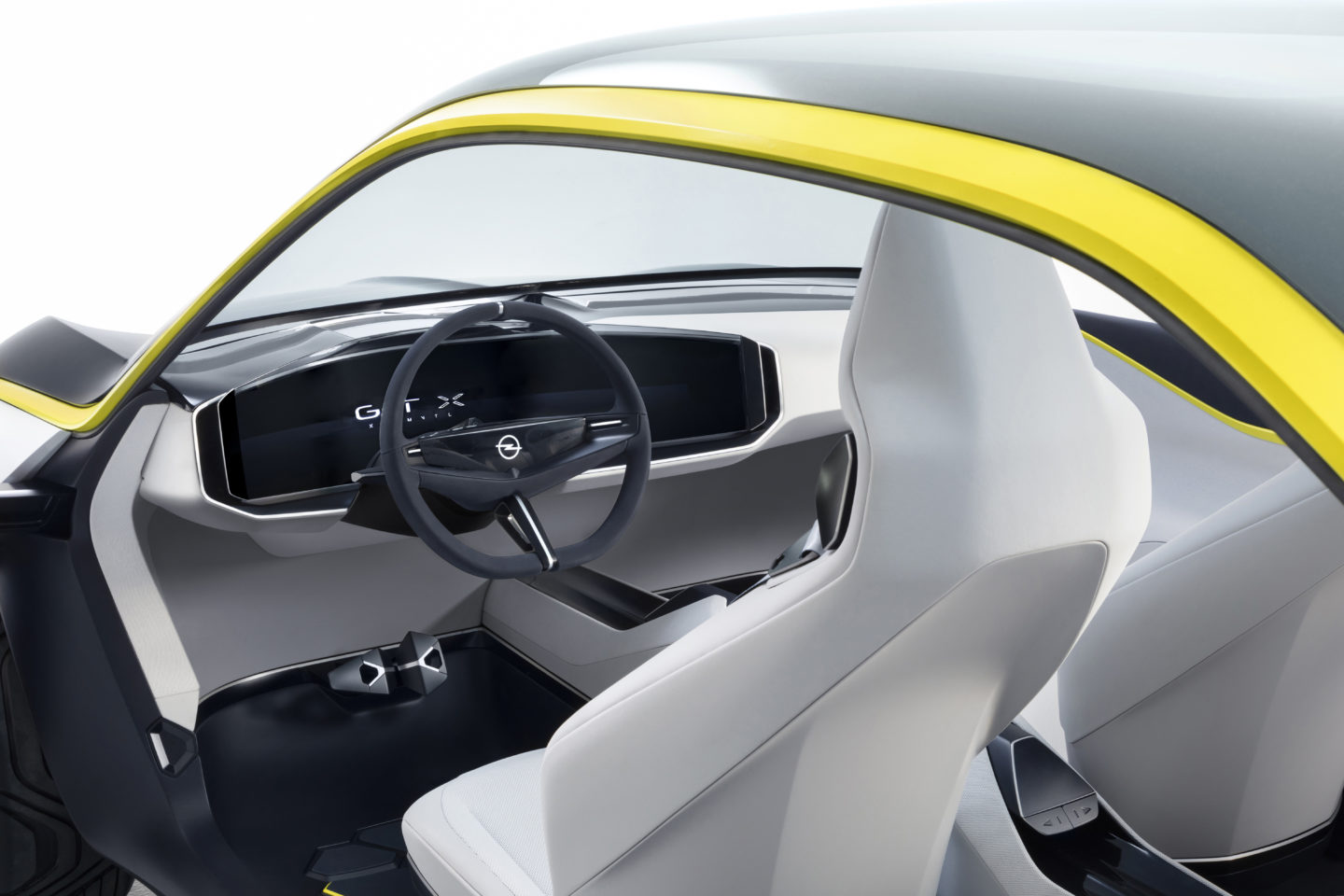 The "Opel Pure Panel" reflects the "Opel Vizor". All information is concentrated in this single module.

The name reflects the designation of the first Opel concept car and also the first one presented by a European manufacturer, the Experimental GT from 1965. The letter "X" reflects the increasing influence of the SUV on the market, with Opel 40% of the sales in 2021 are SUVs.

As a reflection of the exterior, the interior also underwent its own detoxification, in this case in addition to a visual, also a "digital detoxification". The information and much of the operation of the vehicle is concentrated in a single module, the Opel Pure Panel, and eliminates other visual diversion elements – composed of a large panel that hides different screens, evokes the face of the vehicle – and applies the same principles aggregators of the Opel Vizor. This module also integrates the ventilation openings behind the scenes.

The shape of the Opel Vizor is also replicated on the steering wheel, which also integrates simplified controls. Just like on the outside, the & purity & # 39; of the interior is also broken by the presence of graphic elements, such as the truncated triangles that can be seen on the backs of the chairs. 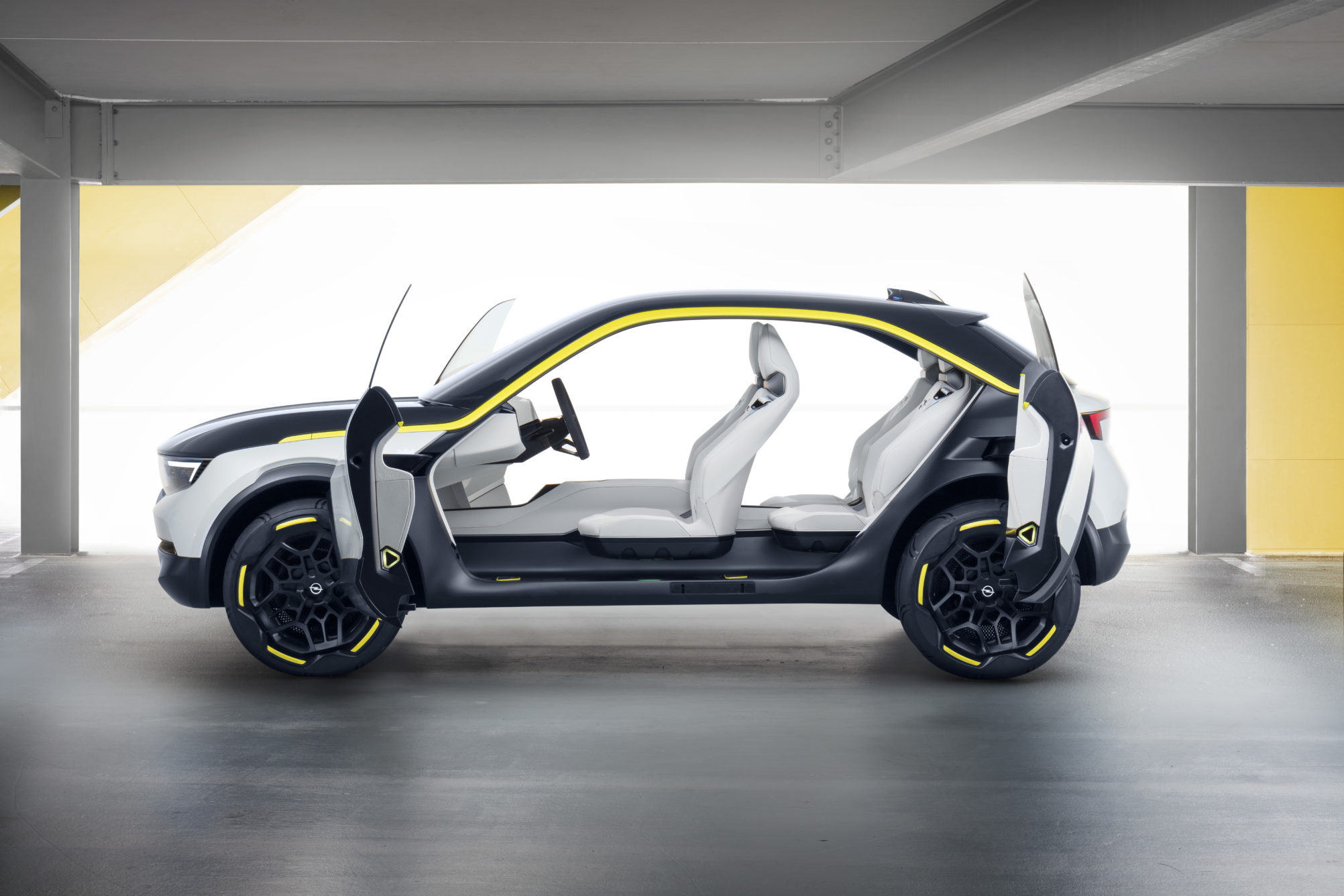 If the Opel GT X Experimental, as a manifesto, anticipates what to expect from future models of the brand, the electrification must be present – in the PACE! -Plan all Opel models until 2024 will have an electrified version. The first 100% brand model is already "just around the corner" and the GT X should of course be electric. The GT X is a functional concept that integrates a set of lithium-ion batteries of 50 kWh with the possibility of charging via induction.

Also see: Opel returns to the profit. Something that had not happened since 1999

As you can see from the wheel, the Opel GT X experiment is not autonomous and does not pretend to be, despite allowing the level 3 of autonomous driving.

(…) Attention to an established identity for our values ​​- a German, accessible and exciting brand – plays a crucial role in our return to sustainable success. (…) The GT experiment gives a clear picture of how we see the mobility of the future at Opel.