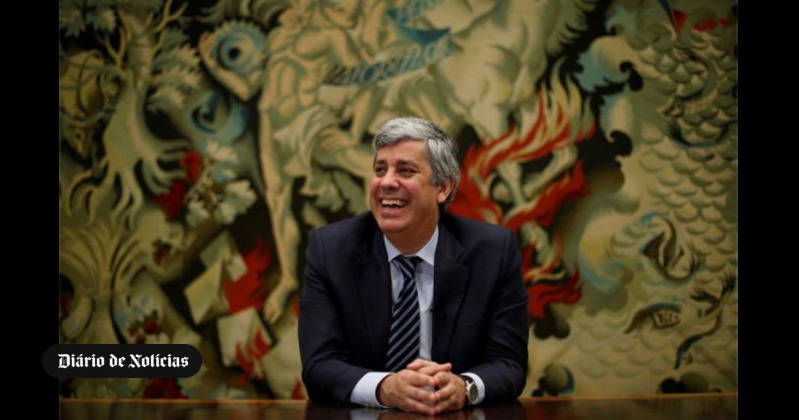 Portugal has never paid as little as this year. By the end of July, the Treasury paid an average interest rate of 1.9% on the debt issued. It is almost half of what you had to pay in 2014, the year in which you left the financial assistance program. In that year, Portugal assumed an average rate of 3.6% for the year and troikaaccording to data from the Treasury Agency and Public Debt Management (IGCP).

Financing costs for this year are the lowest since joining the euro. And it is the most significant drop in average interest rates since 2014. Investors have increasingly demanded lower interest rates from the state. A reflection of the expansionary policy of the European Central Bank (ECB) and the departure of Portugal from the waste level in the assessment of Standard & Poor & # 39; s is from Fitch. Of the three major rating agencies, only Moody's Portugal holds investment grade.

On the secondary market, which serves as an indication of how many investors are asking to finance Portugal, an interest rate of 1.80% on 10-year government bonds (OT) is required. When the country opted for the so-called clean exit, the market demanded more than 3.5 percent to keep 10-year government debt.

In addition to securing funds on the markets at lower prices, families have also been willing to finance the state with lower pay. The IGCP announced a change in treasury certificates in October last year, leading to a fall in interest payments. And also in the treasury bonds of variable income (OTRV), intended for small investors, the interest of the only transaction made this year was the lowest of always.

The IGCP predicts that the costs of debt will continue to fall in the coming years. With the fall in rates this year, the agency under the leadership of Cristina Casalinho predicts that the average cost of all government debt will fall from 3% in 2017 to 2.8% in 2018. And she argues that even if there is an increase in interest rates would be in one percentage point if the average speed could be kept below 3%.

Although the ECB announced the end of the buying program, Portuguese debt has resisted. The Eurosystem absorbed fewer Portuguese bonds than the implied objective of the program between April 2016 and the end of last year due to the limitation that it was not possible to take more than 33% of a debt or debt line into account for the purposes of the program.

But in recent months it has tried to compensate a little for this deviation, which increased the acquisition of national bonds. This despite the fact that it has cut at the global level since the beginning of the year, purchases from 60 billion to 30 billion euros per month.

Net purchases end at the end of the year. But afterwards the Eurosystem remains active on the market and reinvests the value of maturing bonds. Also in this process the Portuguese debt can be favored compared to the implicit target.

Even when the ECB cut the monthly rhythm of the program in two, it is a pity that the Portuguese debt purchases do not blame him. They even increased from less than 500 million to more than 600 million.

Load of interest is falling

Although government debt continues to rise in nominal terms, the forecast is that the interest rate will fall with lower financing costs and management. In the state budget this year, the government estimated that interest costs would fall by 440 million to around 7125 million euros.

In addition to benefiting from low interest rates, the Treasury also tried to trade expensive debts for cheaper alternatives. This is the case of early repayments to the International Monetary Fund (IMF), with an interest rate of more than 4%, a strategy that has been followed since 2015. Of the more than 26 billion euros that the institution lent under the leadership of Chrsitine Lagarde, 7 billion.

The IGCP states in a presentation to international investors that the interest burden is expected to fall to 3.5% of the generated wealth this year. In 2017 the invoice amounted to 3.9% of the gross domestic product (GDP) and this figure was almost 5% in the year troika. This is expected to amount to no less than 3.1% in 2021.