The number of pigs in Spain exceeds the population of the country. What can be an environmental problem 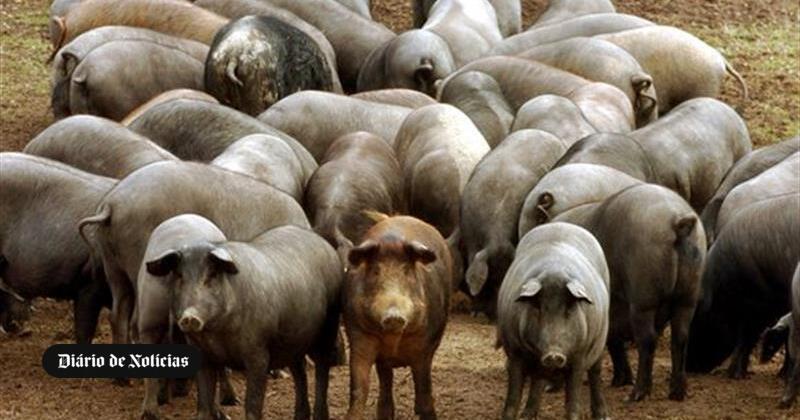 There are about 50 million pigs in Spain, 3.5 million more than the population of that country, according to figures from the Spanish Ministry of Agriculture, Fisheries and Food, which also shows that there has been an increase of approximately nine million pigs since 2013.

According to the British newspaper The Guardian data show that four million tons of pork are produced annually and that the pig industry has produced six billion tons last year. However, the high number of these animal populations leads to environmental concerns, in particular greenhouse gas emissions, since livestock is the fourth activity causing these types of gases.

The figures also show that pig farming involves high water consumption, with each animal consuming about 15 liters per day, and therefore the pig industry uses more water than the cities of Saragossa, Seville and Alicante together . ]. There is also concern that the water is contaminated with nitrates from pig waste.

The production of pork has also been the subject of research into food safety. A police investigation this year found a network of suppliers with more than 50 tons of dead ham, which was re-labeled to be offered for sale.

The pig farming sector has a fraudulent reputation, especially in the name of the Iberian ham, which is sold for hundreds of euros per kilo. To obtain the Iberian classification, the ham must come from black pigs, which wander through a forest of oaks during the last months of their lives and feed exclusively on acorns. The meat of the animal must be healed for three years.

The process is slow and the demand exceeds the existing supply. Francisco Espárrago, an Iberian ham producer in Extremadura, states that there are insufficient resources to impose regulations.

"It is not possible to control an industry where there is a lot of fraud, there is a lot of demand, but there is not much product", explains that although some black pigs roam the oak forests, "instead of feeding acorns in the last three months of their lives, but the inspector sees the pigs in the forest and approves the name of the Iberian ham

When the Muslims a large part of the Iberian Peninsula conquered, the Iberian peninsula consumed about 21 kilos of pork a year and the consumption of ham was a Spanish tradition for several years.Pork became a symbol of the Christian, because during the inquisition eating pork in public was a faith test for Jews and Muslims who had been converted to Christianity by force