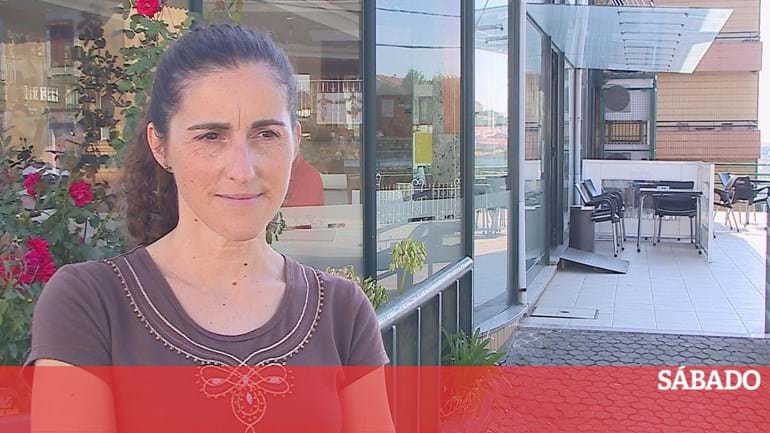 Cristina Tavares, employee of Corticeira Fernando Couto, remains in the same situation of abuse even after she has rejected her case.

The situation was denounced last week by the Corticeiros do Norte Workers & # 39; Union (SOCN) and by the General Confederation of Portuguese Workers (CGTP): Cristina Manuela Tavares, restored by her job with Corticeira Fernando Couto, became " punished "by the company to load and unload the same bags with a weight of more than 15 kg on the same pallet in the sun in unproductive action. The employee was also prevented from using the communal sanitation in the workplace and away from social interaction with colleagues. Nothing has changed three days after the presentation of the criminal case.

Confirmation to the Saturday by Alírio Martins, president of SOCN, who keeps an eye on the situation of Tavares and is in constant contact with it. "It has not changed, it still happens. [o relatado] and the work is exactly the same, "Martins said.

Alírio Martins confirms that the trade union and Cristina Tavares will continue with a new claim for compensation for the working conditions that the cork employee has supported since being re-established in the company, starting on July 5, 2018.

Given the need to keep the job, because it has no other source of income, and the family structure, with a child with different psychiatric problems, the president of the union claims that Cristina Tavares does not think to say goodbye, even with this situation. "She needs and wants to work," she says, stating that she has always been a responsible and concerned employee.

Cristina Tavares was fired from corticeira, where she worked since 2009 because of the termination of the job in 2017. Inconformada, the employee filed a lawsuit against the company and got a reason from the Court of Appeal of Porto in April 2018, which is the illegitimate dismissed and condemned the company to pay him compensation for non-monetary compensation of € 3,000, to repay all wages he had lost since his resignation and to return him to his post. The court order was confirmed by the company in May 2018 and since then Tavares has been abused in the workplace.

The Netherlands Authority for Working Conditions (ACT) has already carried out "two inspection activities" to Fernando Couto and according to the union's memorandum has already been "elaborated for bullying", referring to this situation of abuses supported by Tavares.

The situation of abuse remains
"[Cristina Tavares] still works on the site, as always, "confirms Alírio Martins Saturday. According to the head of the union, the employee of Fernando Couto – Cortiças SA continues to carry heavy bags at the workplace, even against "medical recommendations presented (and the company's own medical medicine) that warned the employer not to assign him efforts with heavy and routine manual taxes ", said SOCN in a statement.

Until noon on Monday, when Alírio Martins contacted the company's employee, she still had to use the bathroom that was exclusively granted to her after she had banned the use of the sanitary facilities common to employees. At this location you have to keep a period of controlled use to the point where other employees knock on the door like a "warning" and use a black cloth that brought it home to achieve a bit of privacy.

For Martins this work is "an activity to wear", to tire Cristina Tavares. "They have given you services to exhaust you mentally … and you see if you give in to fatigue," says the trade union president.

The president of SOCN too Saturday that the task of Cristina Tavares, with the professional category of feeder receiver (cork), has never been extinguished, as the company told the employee in January 2017 to justify her dismissal. "Does someone else work? [no posto] from Cristina], another employee who already worked at the company, "he says, adding that he has visited the corticeira several times and talked to the management about the case of Cristina Tavares." We have been well received [pela administração] ", says Martins, noting that the company's position on alleged harassment and violation of the rights of employees is simple:" (…) we are only told that Mrs Cristina is working and receiving at the end of the working day. month ".