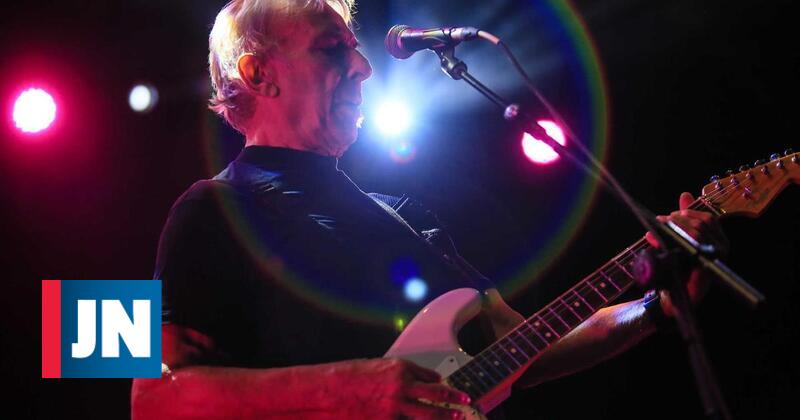 It was short, but good and intense, the hypnotic concert of John Cale, the beginning of Saturday night, the last day of the Vilar de Mouros festival.

The former Velvet Underground presents a youthful image from the height of 76-year history and continues to break the barriers of traditional, with an artistic and flourishing rock, in a concert that also has much of the visual effect and most of the time lives on the theme's, amazes me, were made in the 70s & # 39;

The best moment was not saved. "Fear is a man's best friend," Fear & # 39; s theme song (1974), was released halfway through the climax of John Cale's 65-minute performance on stage, not for a legend, as intense as expected.

After John Cale there was The Wolves. The Mexican group that looked more like a wedding band came in with a rocky and pure rock, but quickly switched to the Spanish and Mexican roots that also characterized them, and the concert faded.

In the end "La Bamba" had the whole room dance. It was sung to exhaustion, "to the chapel", in version Folk or in Rock version. The most famous theme of Los Lobos is not that of them. It is an original of Ritchie Valens, a descending American of Mexicans. The start of the night was from the trio Luis Severo.