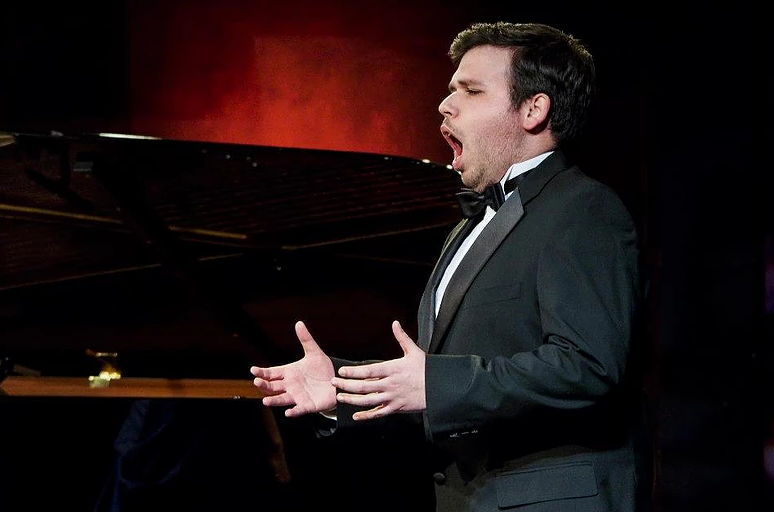 Portuguese tenor Luís Gomes won this Sunday in the category zarzuela and received the prize from the public for best male voice, in the international contest of the lyrical song Operalia, which took place in the National Theater of San Carlos, in Lisbon. The organization announced in a statement the victory of the Portuguese tenor in the zarzuela prize (ex-aequo with Pavel Petrov) and the audience award for the best male voice.

"I had no expectations at all, I came here to do my best and put into practice what I have studied for many months," said Luís Gomes in an interview with PÚBLICO before the results of the competition were known.

The main challenge in the competition, which the 31-year-old tenor confesses, was "controlling the pressure" and "trying to obstruct the environment" with their concentration and what they planned to bring on stage. Luís Gomes assured that it was "an immense joy and an unforgettable experience" to participate in the competition.

As he told the PUBLIC, zarzuela was not a very explored area for himself: "I come from a part of the country [freguesia de Sarilhos Grandes, Montijo] in which philharmonic bands and pasodoble are constantly present. I got used to it feeling and when I was little, I listened pasodobles what my father listened to. I now realize that many were zarzuelas. I really like this song and can bring it to the opera, so it's even better! "

Music "in the blood"

Great expectations at the end of Operalia


Luís Gomes studied at the National Conservatory of Lisbon, at the Superior School of Music in Lisbon and at the Guildhall School of Music and Drama in London, where he graduated in voice and master in opera. He passed the Royal Opera House and premiered in June on the stage of the National Theater of San Carlos The Traviata, with a role that will occur again in October in the Coliseu do Porto.

He began at the age of 11 to study music in Portugal, under the direction of João Paulo Reya. Music, he says, runs "in the blood" and has always been present in your life. "From a young age I wanted to pursue a musical career because I remember being people whose music is of great importance in my life", he told P3 in 2013.

Gomes felt then that "opera does not have to be an intellectual exercise for the listener," although it recognizes that there is music of more difficult understanding for less experienced ears. And being a lyrical singer requires a lot of experience and a lot of work: his routine is divided between vocal warm-ups and songs, with the right preparation for the next day, and must also do translations, study the text and phonetics of languages ​​"in order to be able to send the message to the public in the best way ", the tenor explained to P3.

Luís Gomes now lives in London and does not want to participate in more competitions of the genre: on the one hand, because he is almost 32 years old, the usual age limit and on the other, because he plans to "open doors to the to fulfill roles "" In the main opera houses ".

Emily D & # 39; Angelo, representative of Canada and Italy, and the Belarusian Pavel Petrov were the winners of the first prize of Operalia 2018, the international singing lyrical competition founded by Plácido Domingo, this year held for the first time in Portugal . D & # 39; Angelo also won the audience award for the best female voice, the zarzuela prize and the Birgit Nilsson prize.


The Operalia World Opera Contest, now in the 26th edition, is an initiative of Plácido Domingo, the current director general of the Los Angeles Opera (California).

The first edition of Operalia was held in Paris in 1993 and had already taken place in cities such as Tokyo, Hamburg, Budapest, Milan, Moscow, Beijing, Verona, Los Angeles, Mexico City, London, Madrid and Guadalajara.