Home / portugal / A BOLA – Eagles fast ahead through Ramires (Benfica) 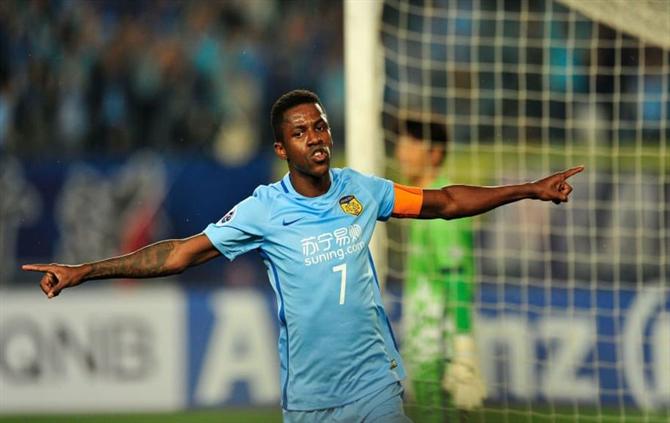 Ramires' trial in China, serving Jiangsu Suning, an emblem for which the Brazilian midfielder had made the last official game on May 1, 2018 (when he had not played since October 2017 …), arrived at the end yesterday . The 32-year-old midfielder officially terminated the contract that linked him to the Chinese club until December of this year and is now a free player, a condition that SAD Benfica has already brought back to the field to bring the player back to Luz, where Ramires was crowned champion in 2009/2010 and then jumped to Chelsea for € 22 million.

The data collected by A BOLA on this file leave no doubt about the intention of Luís Filipe Vieira, who, remember, tried Ramires' return to Luz last summer, reported firsthand by our newspaper, and that was not realized due to the fact that Jiangsu did not accept the player's withdrawal when he had a one and a half year contract at that time.

However, the scenario is now different with disconnecting Ramires. Paying attention to this process, SAD from the Club of Light wasted no time and immediately contacted Ramires not only to investigate the willingness of the latter to return, but also to put on the table very tempting figures for the Brazilian international put.

The eagles offer Ramires a two-year contract and a net pay of € 3 million for each season, which is higher than that of Jonas, the highest of the entire team. In addition to these € 6 million in salaries, which doubled taxes, Benfica Ramires Boor also offered a signature price of € 3 million. High marks for Benfica, but not so much for Ramires, who earned around € 11 million / season for the Chinese club, which is almost four times more than Benfica now offers.