portugal December 6, 2020 portugal Comments Off on Astronomers confirm that the mysterious object is part of a rocket launched in 1966 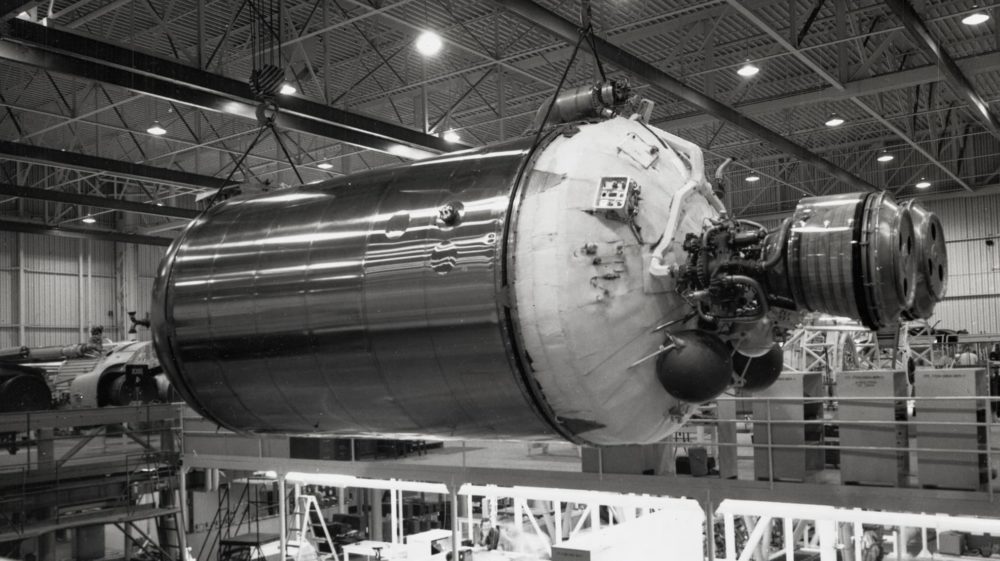 After months of speculation, a team led by Vishnu Reddy, an associate professor at the University of Arizona’s Lunar and Planetary Laboratory, confirmed that the 2020 SO object is the top stage of a Centaur rocket propellant, as NASA reports.

It’s a fun discovery, but as Reddy explained in a phone interview, the ability to detect such objects is of scientific and practical importance.

“As humanity expands in space, we will see many objects that are artificial in heliocentric orbits [orbitando o Sol]”He said.” It is essential that we know what is coming our way, be it artificial or natural. “To which he added:” This whole process shows that it is possible to identify something that was found 54 years ago. launched. “

91 frame timelapse with the rocket’s lost propeller between December 1 and 2, 2020. The flashes indicate its fall. GIF: Gianluca Masi, an astronomer for the Virtual Telescope Project 2.0

2020 SO was detected in August by astronomers working with the Pan-STARRS1 survey in Maui, Hawaii. They soon realized that the object was artificial because it was traveling in an orbit considered unusual for asteroids.

Paul Chodas, director of the Center for the Study of Near-Earth Objects (CNEOS) at NASA’s Jet Propulsion Laboratory, did some clever calculations to reconstruct his recent trajectory. For example, he discovered that he came very close to Earth in 1966 – so close that he could have left our planet.

“One of the possible paths for SO 2020 brought the object very close to the Earth and the Moon in late September 1966,” Chodas said in a NASA statement. “It was like a eureka moment when a quick check of the launch dates for the lunar missions showed consistency with the Surveyor 2 mission.”

Warned of the possibility, NASA sought out Reddy, who specializes in this type of work.

“I understand that well, since my job is to describe asteroids for NASA and space debris in orbit for the United States Air Force,” he said.

NASA asked Reddy to confirm that the object was an asteroid or rocket body using a spectral signature. The 2020 SO object has a very weak visual magnitude, making visual confirmation nearly impossible. A spectral signature, on the other hand, represents the actual composition of an object and provides the necessary evidence to identify it.

Using the Large Binocular Telescope in Arizona, USA, Reddy and his colleagues collected colorful observations of the SO 2020, comparing them to the most common types of asteroids. The results did not match.

“The bet is on infrared, not visible wavelengths,” Reddy said.

So the team turned to NASA’s Infrared Telescope Facility in Mauna Kea, Hawaii, USA, but they had to wait until November for the object to be bright enough. On November 17th they managed to get hold of a spectrum.

Archive photos of the Centaur rocket’s second stage showed parts of it covered in white paint. Reddy’s team then contacted a paint company to obtain samples of white paint. The problem is that the spectral signature produced by these samples did not match the 2020 SO signal.

“We were very confused,” said Reddy.

The team decided to contact a NASA historian, who informed them that the white material in the propellant was not paint – it was a white foam panel that had been removed from the vehicle during launch. Who can imagine it?

Reddy said he is nervous about the spectrographic data. So he wanted more observations from 2020 SO on, just to be on the safe side. Then, on November 29 and 30, the team used the IRTF again to scan the object.

This resulted in a new absorption feature that had not appeared during the November 17 scans. This raw material looked really organic because it was rich in carbon. A seemingly strange result, but the plug fell on the scientists – they saw plastic. In particular, the plastic layers in the aluminum mylar are used to protect the electronic components on the top and bottom of the Centaur’s Thruster.

“The rocket is spinning in space,” said Little Red, “so it makes sense, because we see everything.”

But the last test, he said, was to obtain spectrographic observations of other parts of the Centaur orbiting Earth in the 1970s. Reddy wanted to compare “apples to apples.”

In fact, this proved to be a major challenge as the IRTF, with its small field of view, was not designed for this purpose. On December 1, Reddy managed to locate these old thrusters in the backyard with a telescope (he almost succeeded, but a chimney obscured his view), and his graduate student, Tanner Campbell, managed to get the position of a Centaur. acquire, which was then passed to operator Dave Griep of the IRTF telescope.

This particular upper stage belonged to a Centaur D launched in 1977. The team was able to locate and scan two more in visible light. These observations provided the correspondence they were looking for.

“There is no better combination,” said Reddy. “The same steel and plastic for all Centaurs.”

The purpose of NASA’s Surveyor 2 mission was to survey the lunar surface before the Apollo missions. The mission was launched on September 20, 1966 and got off to a good start, but on the second day, a Surveyor 2 propeller failed, throwing the spacecraft into a spinning motion. Surveyor 2 fell to the lunar surface as the Centaur’s top stage passed the moon and entered an unknown orbit around the sun.

After that he was forgotten. NASA’s Surveyor program was truly successful, despite two failures in seven attempts to make soft landings on the lunar surface between 1966 and 1968. You can learn more about these missions here.

With the SO 2020 confirmed as an upper stage propeller launched as part of the Sojourner mission to explore the lunar surface ahead of the Apollo missions, Reddy said the results are evidence of astronomers’ ability to detect such objects. to characterize. It turned out to be a great coordination exercise, he said.

“I am very happy,” said Chodas by email. “I am also grateful for the efforts of my colleagues to confirm that this object is really an upper stage of a Centaur. The team must be very good at solving such a puzzle. He added, “This is yet another demonstration of the accuracy of our CNEOS orbital analysis and predictions. We were able to link the trajectory of a new object currently being detected to a launch performed 54 years ago. “

It’s incredible, but it was only possible with a lot of work. After this experiment, astronomers are much better prepared to detect future objects. As for the Centaur’s upper stage, it will make two orbits around Earth before resuming a new orbit around the sun in March 2021, making it a temporary albeit artificial mini-moon. Earth was recently visited by a natural mini-moon: the asteroid 2020 CD3, which has been temporarily connected to our planet as a satellite for the past 2.7 years.