The new premium plan for green revenue, which lowers the tax rate and makes it mandatory for self-employed people not to submit a quarterly declaration to the social security, is starting to take effect today. 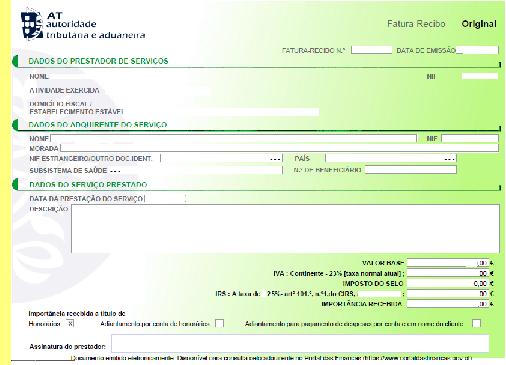 Under the new regime there are no higher echelons and self-employed persons have a quarterly declaration obligation, which must be made until the last day of January, April, July and October, in relation to the income achieved in the previous three months.

Payments are made monthly and take place between the 10th and the 20th of the following month in relation to the income received. For example, January's contribution must be paid between 10 and 20 February.

Employees with organized accounting can, however, retain the current regime, ie pay the same amount all year round between January and December 2019, taking into account the income for 2018.

The Secretary of State for Social Security, Cláudia Joaquim, explained that, in addition to the quarterly statements, an annual statement will be made that completes the career contribution payment at the end of the year and is the income that is taken into account for providing immediate social benefits. . such as the sickness or unemployment benefit, and also the value of the future pension.

That means that in January 2020, in addition to the regular statement for the previous quarter, the annual statement will be published "which confirms that the proceeds declared in the four quarters of the previous year are correct," said Cláudia Joaquim. If there are differences between the values, a rectification is made "with an impact on the contributions to be paid in the next three months", he added.

Moreover, at the time of the liquidation of the IRS, which normally takes place in July / August, a comparison will be made between the income declared to the finances and what has been reported quarterly to the social security.

The tax return is compulsory and if this is not the case, the self-employed pay the 20 euros in which the new scheme provides as a minimum tax rate.

The new scheme provides for this minimum contribution of EUR 20 in order to guarantee the stability of the career in a contributory period and to guarantee social protection in situations where self-employed people do not have an income.

In the new system there are no levels and the possibility to reduce or increase the tax rate by 25% (in intervals of five), which now takes into account 70% of the relevant income or 20% in the production and sale of goods. .

There are also changes to the exemptions: anyone who collects independent work with dependents can only be exempt from contributions through green receipts if they have a relevant income that is lower than four Ixes or regulations (€ 1,743.04).

So far, everyone who has been dependent on a self-employed person is exempt.

In addition to these rules that are only coming into effect today, the changes to the social security system for employees with green receipts came into force in July 2018.