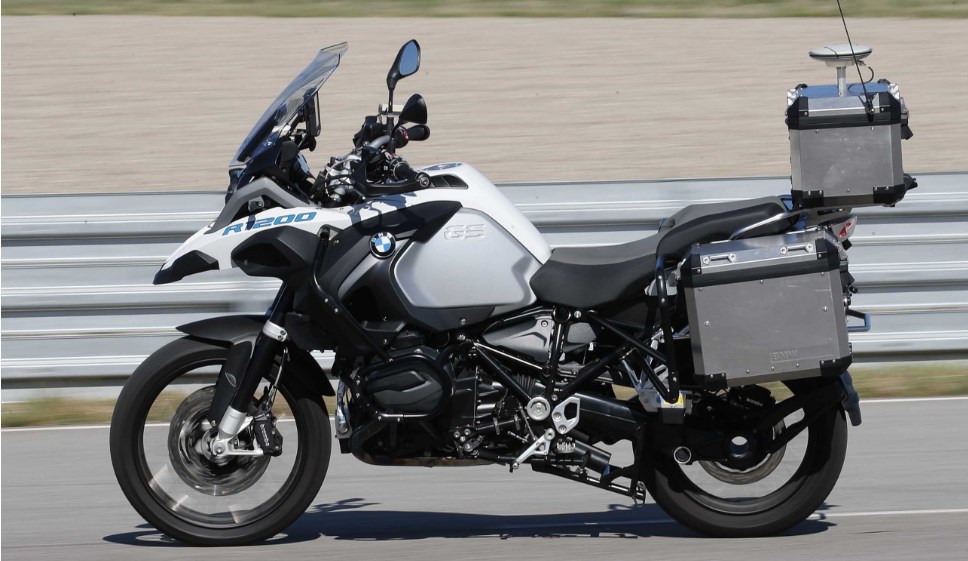 The first BMW Motorrad autonomous motorcycle was presented last week on the BMW Motorrad Techday 2018. It was a BMW R 1200 GS, and it was the first shots for journalists on the BMW Group test track in Miramas, southern France.

Developed by graduate engineer Stefan Hans and his team, the vehicle runs independently, accelerates, crosses a test track and slows down without being touched by people.

BMW Motorrad does not aim for a completely autonomous motorcycle. On the contrary, the basic technology being tested now should serve as a platform for developing systems and future functions to make the motorcycle even safer and more comfortable.

The purpose of the prototype is to gather knowledge about driving dynamics in order to detect dangerous situations early and thus support the driver with the right safety systems.

In addition to this engine, BMW Motorrad has presented various interesting technology projects. Such as laser light motorcycle lights and a motorcycle frame made using a 3D printing process.

Innovative processes used in the manufacture of parts, such as frame, swivel arm and wheels, use light but powerful materials.