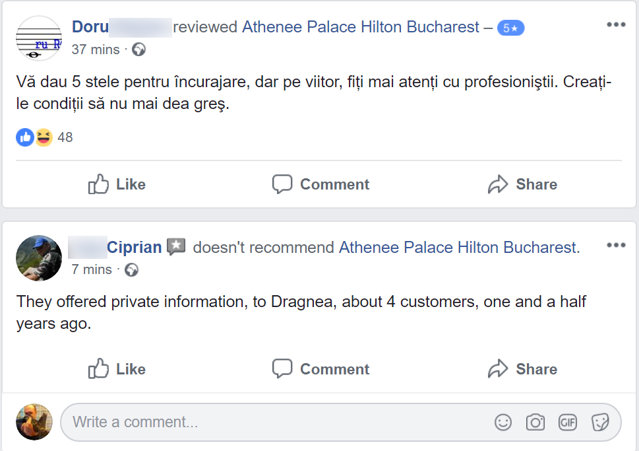 Liviu Dragnea's statements about his assassination attempt caused a wave of irony on the Facebook page of the Athenee Palace Hilton, where the four foreigners would have been accommodated, according to the PSD leader. 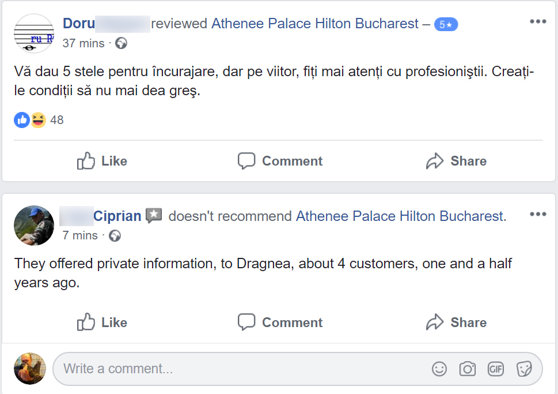 "Four stars, one for every contract killer last April".

"Excellent accommodation for the four special agents appointed to finish the most corrupt politician to date, Liviu Dragnea, and continue to do a good job!"

"On behalf of the assassins of Dragnea: this place is so beautiful that they forget where they came for."

"Nine Romanians love this hotel because 4 people came to Romania to escape from Dragnea in 2017. They stayed for 3 weeks and did not finish their plans because this hotel is near a famous casino full of beautiful romance. to come back and try again, and the girls are waiting for them. "

"I like it! Stay 4! Support your mission next time … so they will not miss! Can you think of larger groups if some of them leave again … It is for the good of Romania and the hotel, indirectly Bravo! ".

"Four stars that you stayed in. I did not give you 5 that they did not complete their mission. & # 39;

Here are some comments that have been left on the Athenee Palace Hilton Facebook page.

"And when the receptionist saw that the four mottools did not work, why did not they help them? Is there no room service for you? When a man does not find the key, the mini-bar does not know which button to press to get water to catch or to find Dragnea, should not the hotel staff help him, help him? In any civilized state that is what happens, only in Romania such rates are given I advise you to stay overnight, but for related services … I do not know what to say … there is more work to be done, there is room for improvement in quality work, and next time it will not happen again! ", Writes another trainee.

PSD president Liviu Dragnea said on Tuesday that an assassination attempt took place with four foreign citizens who came to Romania for this purpose on the initiative of a famous man in the world.

"I made an attempt last year in April, I do not want to say it, because that is not the case." Four foreigners came to Romania and stayed at the Athenee Palace, but that does not mean that I will take care of myself. Yes (they came to me), "Liviu Dragnea told Antena 3.

PSD chairman says he knows who is behind the action but has not made his name known.

"We are in a mafia state." The parallel state is a mafia, I know it has been investigated, I still do not know, yes, but I can not say that (who paid her – no.) Yes, a very famous man in the world. I do not think about him (Soros no) He thinks of me, "added Dragnea.