Digi reacts after Válcov's attack. "We do not want to be involved in political games" 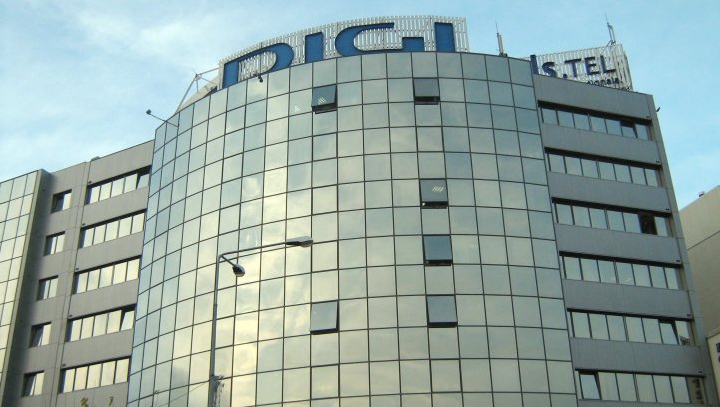 Darius Vâlcov, the economic adviser to Premier Dăncilă, who was sentenced to eight years in prison for corruption offenses, launched a new series of attacks on Realitatea TV and Digi 24 on Tuesday.

Darius Vâlcov, the author of the PSD-ruling program, said in the interview with DC News that "secret services hide under the freedom of the press" and that they will each "slowly, slowly proclaim".

One of the attacks that Vâlcov has launched in recent days refers to the Digi listing on the stock exchange. Vâlcov addressed a public question to members of the Financial Supervisory Authority (ASF) about the value of Digi shares.

"Maybe they tell us at a certain point why 4 million pensioners were hurrying to buy Digi shares, worth 1 leu and 8 bani, to buy them with 40 slate, just because it is the television through which the SRI military the unit communicates its information? ", said the adviser to the Prime Minister of Romania.

Vâlcov continued the series Digi and Facebook queries, announcing that he was awaiting the response of the ASF to the book value of Digi.

The ASF response was not expected. The Financial Supervisory Authority announced on Tuesday that it had initiated an investigation into the DIGI list, even if it had been approved in the Netherlands.

The Digi RCS & RDS have announced in a press release that it rejects the charges recently issued by State Counselor Darius Vâlcov regarding the listing of the company as "the target of a real smear campaign".

"It is at least inappropriate if a politician associated with the Romanian government attacks one of the largest local companies in the top of the Romanian business enterprise, which only trusts investors in Romania's ability to Climate change, conducive to sustainable business development that supports the economy of the country and the region ", according to the release of the Digi RCS & RDS Group.

In the cited communiqué Digi claims that in the past ten years he has spent more than € 1 billion on the state budget and the budget for social and health insurance.

"When it was decided to place Digi RCS & RDS shares on a public market because we wanted to continue to contribute to the development of the Romanian market, we opted for the Bucharest Stock Exchange, which is why we completed a long listing process in May 2017, everyone has the opportunity to buy shares in Digi RCS & RDS for investments (both for private individuals and specialized funds) without any financial advantage for us "Digi says.

"The politician throws out a series of misleading statements that either betray complete ignorance of the capital market or a strategy to manipulate information to create confusion and distrust in an investment sector." We have a healthy and stable business and we strive to build it on a continual basis. The debts that Digi RCS & RDS have entered into over time have financed the accelerated growth of this company in a very dynamic and competitive market where the investment needs are in progress. The company's debt burden is indeed inferior to the level of indebtedness on European markets in the telecommunications sector, "adds Digi.

The Telecommunications Group shows that it is a company that has been active in Romania for almost 25 years and has invested more than 2 billion euros since 2010 in the development of a high-performance fixed and mobile electronic communications network.

"We reject the disparaging statements repeatedly expressed by this Romanian politician and we notice that we have become the target of a real smear campaign.

We do not do politics and we do not want to be involved in political games. But we feel compelled to our subscribers, investors, partners and employees to correct the wrong information that someone throws at us in the public space, "says the RCS & RDS message.